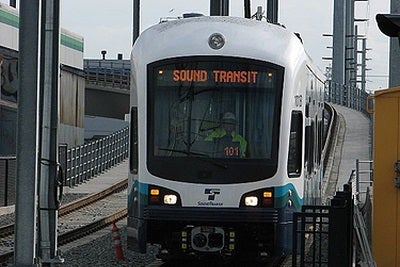 The East Link Extension is a light rail route extension project, which will connect downtown Seattle, US, with the cities of Mercer Island and Bellevue, including the Bel-Red corridor area, as well as the Overlake area in Redmond. The project will primarily involve the laying of 14 miles (22.5km) of dual-tracks and construction of ten stations and associated infrastructure.

The extended route will start from Chinatown International District in Seattle, connecting with the existing Central Link light rail system, which stretches from downtown Seattle to Sea-Tac Airport, and terminate at Redmond Technology Center.

The project is being developed by Central Puget Sound Regional Transit Authority (Sound Transit). The construction works started in April 2016, the start of testing and pre-operations of the link are anticipated in 2022, and the link is expected to be fully-operational in 2023.

The project will enable commuters to travel between South Bellevue and Sea-Tac Airport within 50 minutes, Mercer Island to University of Washington within 20 minutes, and Overlake Transit Center to Bellevue Transit Center within ten minutes. It is expected to serve approximately 50,000 riders a day by 2030.

The investment on the light rail extension project is estimated to be approximately $3.7bn. The US Department of Transport (USDOT) is providing a $1.33bn loan through its Transportation Infrastructure Finance and Innovation Act (TIFIA) programme, in addition to a $14m Transportation Investment Generating Economic Recovery (TIGER) grant.

The City of Bellevue has agreed to provide $185m for the project.

Stations along the East Link Extension

The section of the link serving Seattle and Mercer Island, which will run parallel to the existing Interstate-90 (I-90), will feature two stations, namely Judkins Park Station and Mercer Island Station. The former station will be accessible through the Rainier Avenue South and 23rd Avenue South, whereas the latter will be accessible through the 77th Avenue SE and 80th Avenue SE.

The E330 contract encompasses the construction of the Bellevue tunnel, which begins at 112th Avenue and Main Street, stretches for 1.5 miles (2.5km) along the 110th Avenue NE right-of-way, turns east near NE 6th Street, and terminates at the northern shaft, located near the Bellevue City Hall and the Bellevue Transit Center. It is being constructed deploying the sequential excavation method (SEM).

The E335 contract involves the construction of 1.9 miles (3km) of tracks in downtown Bellevue. It entails the construction of at-grade and elevated routes, retained cut/fill segments, and a major cast-in-place segmental bridge over I-405. The four stations within the central Bellevue area will be constructed as part of this contract.

The project will also involve the construction of eight miles (12.8km) of high-occupancy vehicle (HOV) lanes on both sides of the I-90 floating bridge, replacement of the fire / life / safety systems within the Mt. Baker tunnels connecting the bridge, and seismic retrofits to improve the bridge’s earthquake resistance.

H-J-H Final Design Partners (H-J-H), a joint venture (JV) of HNTB, Jacobs Engineering Group and Hatch Mott MacDonald, was contracted to provide the final design for the project, excluding the tracks and facilities within the 1-90 area.

Hill International has been contracted to provide project management services for the pre-construction and construction phases of the project’s E360 segment.