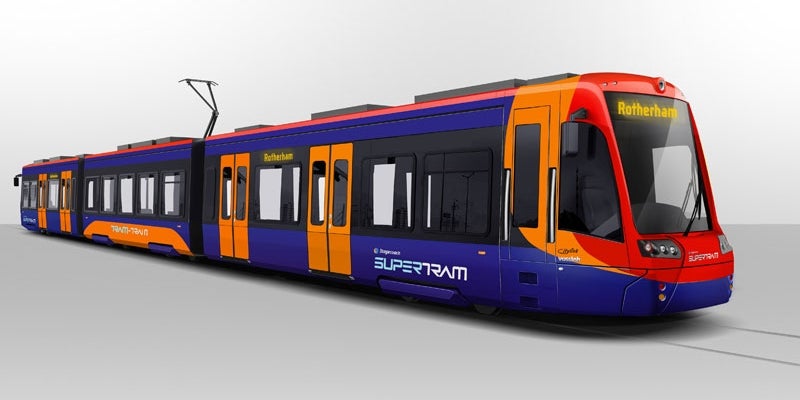 The Sheffield-Rotherham Tram Train Pilot project involves the construction of seven tram trains and associated infrastructure between Cathedral tram stop in Sheffield and Parkgate Retail Park in Rotherham, UK. The tram trains will be capable of operating on the existing Stagecoach Supertram light rail and Network Rail’s heavy rail networks.

"The project will test the feasibility of operating the tram train system in the UK."

The project will test the feasibility of operating the tram train system in the UK. The rolling stock on the proposed lines will be tested in 2016 and three tram train services an hour will be introduced on a pilot basis between early 2017 and 2019, with permanent operations to be introduced subsequently based on the results from the pilot project.

The pilot project is expected to generate 35 jobs. The journey time to reach both ends is estimated to be 25min.

The DfT first identified the potential use of the tram-train technology in its Rail Technical Strategy, published in July 2007. The UK’s tram train pilot project was conceptualised by the DfT, Network Rail and Northern Rail in 2009 and the project idea was endorsed at a major workshop conducted in May 2011.

The DfT approved the project in May 2012 and the contracts between the project partners in June 2013.

The proposed route starts from the Cathedral tram stop in Sheffield to Meadowhall South on the Supertram network, extends to Tinsley Chord and further connects with the national rail network, and finally leads to Parkgate Retail Park in Rotherham via Rotherham Central station.

The project will also involve the construction of new platforms at Rotherham Station and Parkgate, and extension of those at the Rotherham Central Station. The Nunnery Square Stagecoach Supertram depot, where the new tram-trains will be based, is currently being expanded.

Design and features of the tram trains

SYPTE ordered for the seven tram trains from Vossloh in June 2013. The trams are being constructed at the latter’s manufacturing facility in Spain. The first tram-train was completed in December 2015.

The fleet is equipped with Vossloh Kiepe’s modern traction systems, enabling them to operate in both 25kV AC overhead line equipment (OHLE) of Supertram’s network and 750V DC OHLE of Network Rail’s network.

The bi-directional three-car tram train is 37.2m-long and 2.65m-wide, has a height of 3.6m, and provides a low-floor entrance height of 425mm. Four double doors are featured on each side.

The tram-train has a maximum service speed of 100km/h and a maximum design speed of 110km/h. With a power output of 870kW, the train is designed to adapt on a 1,435mm gauge, and negotiate a minimum horizontal curve radius of 22m and a minimum vertical curve radius of 165m. It can accommodate up to 98 seating passengers and 140 standing passengers.

The tram-train is equipped with pneumatic secondary suspension system, a flange wheel lubrication device, an anti-slip and anti-slide system, hydraulic and electromagnetic braking systems, two auxiliary converters, and air-conditioning in the cabin and passenger areas.

A passenger counting system and closed-circuit television (CCTV) system are installed for safety. The train is designed to fully comply with EN 12663 P-III and EN 15227 C-III crashworthiness standards.