Line C of the Rome Metro in Italy is being constructed as the first major driverless public transport infrastructure in the city.

The first section of the line became operational in November 2014 while the second section was opened to public in June 2015. The third section has been under construction since March 2013.

The line will have a total length of 25.6km, of which approximately 9km will be at grade, and 16.5km will be underground. ATAC, an Italian publicly owned company, is the operator of the metro line.

Line C is operated and controlled remotely by a completely automated system.

The project will place Rome on par with other major European cities in terms of public transportation infrastructure.

Denoted by the colour green, the metro Line C will run between the Pantano terminus, in Montecompatri, and the Prati neighbourhood, near Piazzale Clodio.

It will pass through the historic city neighbourhoods of Centocelle, Alessandrino, Pigneto, and Appio.

Line C currently runs between the Monte Compatri/Pantano terminus and the San Giovanni station. It serves 22 stations while the length in operation is approximately 19km. The total number of stations is expected to be 30, upon completion of the line.

The line has four interchanges, including Ottaviano and San Giovanni with Line A, Colosseo/Fori Imperiali with Line B, and Pigneto with the FL1 regional railway line (formerly FR1).

Section T3, which stretches between San Giovanni and Fori Imperiali, will have a length of 3.6km and include two stations and two ventilation shafts.

The San Giovanni station was designed as a museum, following the discovery of ancient structures during the excavations as part of the project.

The museum station features a large hall that focuses on present times. It includes 30m of stratigraphy to provide passengers with a historic account of the site. A collection of items discovered during excavations have also been placed in the museum.

The terminus in Pantano has two car parks, one of which is multi-level, and the other is located at ground level.

Noise barriers have been installed along the line to reduce noise pollution caused by the train operations.

Furthermore, Line C operations are supported by an operational decision support system that ensures the right decisions are taken during the operation of the driverless trains.

Each driverless train has a length of 109.4m. It features six climate-controlled, connected cars and can accommodate up to 1,200 passengers.

It can carry 24,000 passengers an hour in each direction. The cars are made of aluminium and designed to accommodate disabled people. They also have spaces designated for bicycles.

The trains can run at a top speed of 80km/h and a service speed of 35km/h.

Each train is installed with 12 video cameras and 12 video monitors for continuous monitoring to report any service anomalies. It also features an audio/video passenger information system.

The metro line is remotely operated from a central train dispatchers’ office at the Graniti station. It has 115 escalators and 82 lifts across the stations.

A 220,000m² workshop/depot is also located at the Graniti station. It serves the maintenance, stabling, and repair requirements of the trains operating on Line C.

Wayfinding systems are installed at the stations to help the movement of passengers.

Astaldi and Vianini Lavori own 34.5% each in the consortium while Hitachi, CMB, and Consorzio Cooperativa Costruzioni hold 14%, 10%, and 7%, respectively. Metro C ScpA acts as the general contractor for coordinating the activities related to the project.

Sisgeo is responsible for supplying all static monitoring equipment for Metro C to monitor underground infrastructure and above-ground structures, including historical buildings, and cultural heritage. It provided more than 7,000 instruments for different uses, including railway crossing and related infrastructure.

Steer Group, a global business consultancy, was engaged to provide the station wayfinding and passenger information systems for the metro Line C.

Salcef, a construction engineering company based in Italy, received a contract for construction works related to the T3 section. The contractual scope includes the construction of approximately 5,600m of track, the installation of six turnouts and an intersection, as well as the supply of a concrete slab track system, joints, rails, and buffers. The company is also providing rail grinding services.

ATAC partnered with Fusolab 2.0  to implement artworks at stations along Line C.

In addition, the contract included works related to the warehouse/workshop.

Studio Geotecnico Strutturale (SGS) conducted ground investigations, assessments of the geo-mechanical parameters, and the elaboration of the geotechnical model for Line C. It also provided the design for tunnels and three stations. 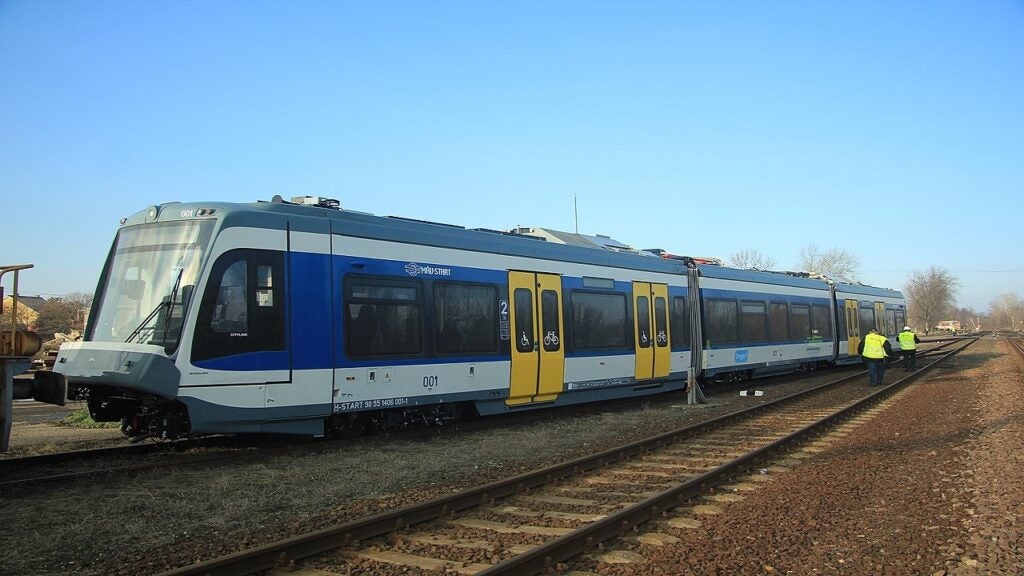