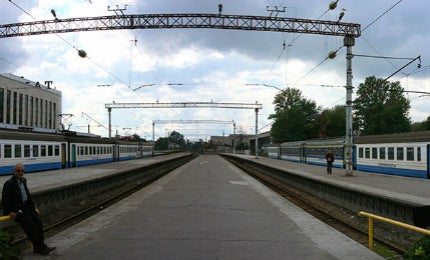 A Trans-European rail project, Rail Baltica, is aimed at connecting the Baltic states to the existing European rail network. The project will cover territories of the co-operating European Union (EU) member states.

Touted to be the biggest joint project in the history of the Baltic countries, Rail Baltica is one of the EU’s priority projects and falls under the Trans-European Transport Network (TEN-T).

Rail Baltica will connect Finland, the Baltic states of Estonia, Latvia, and Lithuania, and Poland while improving and updating the route in western Europe. It will unify European transport by connecting the Baltic region’s 1,520mm broad gauge track to the 1,435mm standard gauge track used by European countries.

A joint venture (JV) called RB Rail was set up by the Baltic states in 2014 to look after the implementation of the project. Located in Riga, the JV is responsible for the design, construction, and marketing of the new 1,435mm gauge railway.

Connecting Helsinki to Tallinn through a ferry connection, the Rail Baltica will continue the 1,435mm line through Riga, Kaunas, to Białystok and Warsaw in Poland, and further to Berlin.

The three major seaports of Helsinki, Tallinn, and Riga will be connected by the Rail Baltica project, with a brief rail link to a fourth seaport, Klaipeda. The railway line between Tallinn and Warsaw will be approximately 950km (590 miles) long.

A feasibility study conducted by AECOM studied four different routes for the project and identified the Tallinn, Pärnu, Riga, Panevezys, and Kaunas route as the direct and shortest route. The route was agreed upon by participating states in 2011.

The project promotes the basic tenets of the EU of providing equal access to infrastructure and services, creating more employment opportunities.

A new rail network will increase the speed of both passenger and cargo trains and reduce congestion on the roads, especially through Baltica road and the highways of Poland and Germany.

Rail Baltica is estimated to enable the transport of approximately 13 million tonnes (Mt) of cargo and create new trade opportunities between EU countries.

Design and construction of the Trans-European rail project

Passenger trains are expected to run at a maximum speed of 240km/h, with an average speed of 170km/h. The maximum speed for freight trains is planned to be 120km/h.

In Estonia, a passenger terminal along with an integrated freight terminal based on modern technology is planned to be constructed in Ülemiste. Stops in Estonia are planned at Ülemiste, Tallinn, and in Pärnu.

The project will be carried out in two stages, with the first stage involving the reconstruction of the 1,520mm wide rails in Latvia.

Work will be carried out by state-owned company Latvijas Dzelzceļš to ensure that the speed of the passenger and cargo trains increase up to 120km/h and 80km/h, respectively.

RB Rail established common design guidelines for the project in 2018, which set the standard for technical parameters for the railway line for technical interoperability.

The design work on the section in Lithuania between Kaunas and Ramygala started in April 2019. The 78km section is planned to include several road viaducts, railway viaducts, ecoducts, and railway bridges.

The entire 213km section in Estonia is currently in the design process and geotechnical investigations are being carried out.

The initial construction works on the Rail Baltica Central Hub in Riga commenced in November 2020 and the master design was completed in June 2021.

The concept design for Rail Baltica’s rolling stock depot, to be located near Tallinn, Estonia, was completed in April 2021.

The preliminary design for Rail Baltica rolling stock depot to be built in Tallinn, Estonia was also completed in 2021 and the full the design is expected for completion in 2022.

The preliminary design for the project’s freight terminal and infrastructure maintenance centre to be built near Pärnu, Estonia, was completed in January 2022. The main design will be completed in 2023 and include the design of 17km of railways, an office building, a workshop, and a warehouse.

Financing for the Rail Baltica project

The Rail Baltica project is estimated to require an investment of approximately €5.8bn ($6.19bn).

The European Climate, Infrastructure and Environment Executive Agency (CINEA) and RB Rail signed a grant agreement on the Connecting Europe Facility (CEF) funding for the project in October 2021. The CEF will contribute approximately $22.86m (€19.7m) or 85% of the financing. The agreement was also signed with Estonia’s Ministry of Economic Affairs and Communications and the Ministry of Transport of Latvia and Lithuania.

Negotiations for setting up the joint venture RB Rail were carried out by the law firm TRINITI. Reaalprojekt is responsible for preparing county plans and conducting the preliminary design for Rail Baltica in Estonia.

A consortium of Obermeyer Planen + Beraten and Prointec was contracted for the engineering, design, and construction of a new line between Pärnu and the Estonian-Latvian border.

The joint venture of Italy-based civil engineering and consulting firm 3ti Progetti Italia and Turkey-based engineering, design, and construction management Yuksel Proje were appointed to provide design review services of the project in Lithuania and Estonia.

Engineering service provider ENE Engineer was selected to develop an energy subsystem that will use 100% renewable energy.

The joint venture of Zaha Hadid Architects and architecture and engineering company Esplan was selected for the design of Rail Baltica Ülemiste joint terminal in December 2019.

The concept design for the Ülemiste rolling stock depot was completed by OÜ Reaalprojekt and Nord Projekt in April 2021.

Construction firm GRK Infra was selected to construct a railway bridge in Estonia.

Technology solutions provider Viamatica was appointed to carry out the technical supervision of the longest railway bridge of the project in November 2021.

A consortium led by engineering and consultancy company Ramboll and comprising Realidea, Architects Soini & Horto, Gottlieb Paludan Architects, and Ardenis has been appointed to provide recommendations for creating long-term value from the seven railway stations of the project.

Bererix, a partnership between Belgian construction firm Besix, and Latvian and Italian builders Rere Būve and Rizzani de Eccher, was selected for the design of the Rail Baltica Riga Central station.

The contract for the design of Rail Baltica rolling stock depot in Estonia was secured by two Estonia-based infrastructure designers Real Project and Nord Projekt.

K-Projekt, an Estonia-based design agency, was selected for the design of the freight terminal and infrastructure maintenance centre to be located in Estonia.