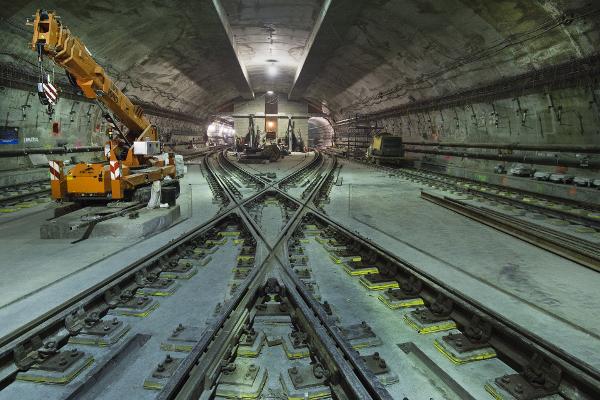 The No. 7 Subway Extension project is being undertaken on the IRT Flushing Line of New York City Subway. It is a key part of the Hudson Yards Rezoning and Development Programme, which extends the 7 Subway Line to the west side of Manhattan.

The first ride on the 7 Subway Line Extension was made on 21 December 2013. The subway line will terminate at the new 34th Street and 11th Avenue.

Costing $2.1bn, the project is expected to open in the summer of 2014. New York City is financing the project using the funds raised from municipal Tax Increment Financing (TIF) bond sales. The project will be operated by New York City Transit Authority and managed by MTA Capital Construction.

The New York City Subway is one of the largest and most complex systems of its kind in the world.

The 7 Subway extension project is a 2.4km long extension of the IRT Flushing Line from the Times Square terminus to a new western terminus at 34th Street and 11th Avenue.

The IRT Line currently operates the seven local and seven express services. Upon completion, it will provide access to the Manhattan neighbourhoods and Jacob Javits Convention Centre.

The expansion project includes construction of a new Americans with Disabilities Act (ADA)-compatible subway station called the 34th Street station at 11th Avenue. It will also contribute to the redevelopment of Hell’s Kitchen, situated near the West Side Yard of the Long Island Rail Road.

The initial plan also included the construction of a second station at 10th Avenue and 41st street, which was dropped due to insufficient funding.

"Upon completion, the station is expected to serve approximately 27,000 passengers a day."

The 34th Street station is a terminal station being built as part of the 7 Subway Line. The station is located at the intersection of 11th Avenue and 34th Street, and is expected to open in June 2014.

It comprises two tracks and an island platform included with a mezzanine overhead. It will also include platform doors and a special air-cooling system for maintaining the platform temperature.

Upon completion, the station is expected to serve approximately 27,000 passengers a day. It is also the first station in the subway system to include two high rise inclined elevators.

The construction works at the 7 Subway extension project began in December 2007. Above-ground construction was carried out at five work sites, L, J, K P, and A.

"Approximately 9,285ft was tunnelled from 26th Street of 11th Avenue to Times Square."

Major works at the Site K on 11th Avenue between 35th and 37th Streets include the construction of ventilation building.

The Site P development involves the construction of structural components and building systems/finishes for the secondary entrance of the new 34th Street Station. Activities at Site A include core and shell construction along with the mechanical, electrical and related works.

The tunnel construction at the 11th Avenue started in June 2008 with tunnel boring machines (TBM). Approximately 9,285ft was tunnelled from 26th Street of 11th Avenue to Times Square. Concrete lining rings were placed as a permanent liner along the excavated tunnel. The soil was hardened using ground freezing method to facilitate the tunnel boring.

Contractors involved with the 7 Subway Extension

The contract for the design support of the 7 Subway Expansion was awarded to Parsons Brinckerhoff.