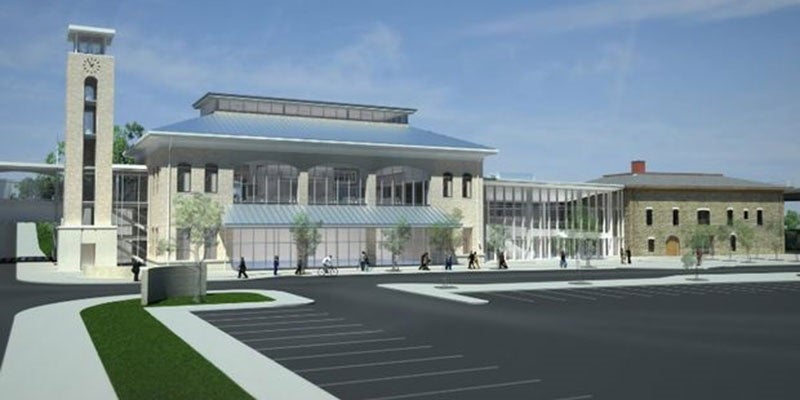 Being constructed on Whirlpool Street in Niagara Falls, New York, US, Niagara Falls International Railway Station and Transportation Center will serve as a new transportation hub and intercity rail between New York and Toronto, Canada.

The project marks relocation of the railway station from Lockport Road to a location nearer to the US-Canada border.

The construction of the $41m project is divided into three phases. Completed in 2012, Phase I included the stabilisation of the customhouse at a cost of $2.7m. The second phase included upgrades on the railroad bridge over Main Street at a cost of $6m.

The groundbreaking ceremony for the final phase of the project was held on 9 June 2014. The third and final phase comprises construction of a new structure adjacent to the customhouse, which is expected to be completed by May 2016 at an estimated cost of $25m.

"The project is expected to create approximately 200 full-time construction jobs and 400 indirect jobs."

The project is expected to create approximately 200 full-time construction jobs and 400 indirect jobs.

Project details of the international railway station and transportation centre

The existing Niagara Falls international railway has just one terminal for travellers, providing limited departures and amenities. It is located approximately four miles (6.4km) away from the downtown Niagara Falls, which makes it inconvenient for the passengers of Niagara Falls area.

The new station will be a transportation hub, offering easy access to bus routes, pedestrian and bicycle paths, taxis, shuttles, and park and ride transportation options.

The new 22,000ft² facility will be ten times the size of the existing station. It will serve Amtrak, which operates two trains to Niagara Falls, and will house an underground railroad museum. It will include more than one form of transportation (train, bus and taxis) at a single facility, making journeys convenient and economical for passengers.

The station will handle between 40,000 and 50,000 passengers a year. It will include amenities such as restrooms, telephones, meeting rooms, food and beverage services, ATMs, tourist information centres, retail outlets, hotel reservations, currency exchange office and banking facilities.

The renovated customhouse will be used as a US Department of Homeland Security border inspection and processing station.

Scrufari Constructions was awarded a $23m contract and is the general contractor for the project.

The project has received funding from multiple sources, including 80% of the cost from federal funding and 10% from the New York State. It further received $16.5m from the TIGER II funding programme. A $3.4m federal highway grant and a $2.5m New York State competitive rail bond were also awarded to the project.