London Bridge railway station, built in the1830s, is one of the oldest stations in the world. It is located south-east of London Bridge on the River Thames, near Tooley Street in London. It is managed by Network Rail.

The station currently handles up to 42 million passengers in a single year. It is expected to handle a passenger capacity of between 50 and 75 million people a year after the completion of the station redevelopment project.

Construction on the redevelopment project will begin in 2013 and will be completed in 2018.

History of London Bridge station and others in the city

“The project will begin with the construction of a new street-level concourse by removing the railway arches located at Stainer Street and Weston Street.”

The station was first opened in December 1836 as London and Greenwich railway station. In June 1839 another station named Croydon railway station opened. In 1844 both the stations were joined together for unified operations but demolished after six years. In 1851 two new stations, named new South East Railway (SER) and London Brighton and South Coast Railway (LBSCR), were opened in place of the old stations.

The current £500m ($795.1m) station redevelopment project is part of the £6bn ($9.5bn) Thameslink Programme. The purpose of the project is to increase the passenger capacity and rail capacity at the station.

The project will create new street-level entrances at Tooley Street and St Thomas Street. It will also construct a permanent pedestrian walkway through Stainer Street. The new street connection will provide better connectivity to the north and south parts of the station.

In April 2011, Network Rail prepared plans for the station’s redevelopment. The contractor for the project was selected in November 2011. In December 2011, Southwark’s planning committee approved the redevelopment of London Bridge Station.

Construction of the latest upgrade as part of the Thameslink Programme

Construction on the upgrade project is expected to begin after the completion of the Olympic Games, in summer 2013, although initial works were started in 2011.

The project will begin with the construction of a new street-level concourse by removing the railway arches located at Stainer Street and Weston Street. The concourse will be the largest in the UK and will provide access to all platforms of the station from one place. It will also increase the space by 66% to accommodate new retail and other station facilities. Work on this initial phase will be completed in 2012.

Construction on the complete redevelopment will begin in 2013 in the second phase of construction, in which all the railway tracks running through the station will be realigned and three more through platforms will be developed. It will increase the total number of platforms to nine through platforms and six terminating platforms.

The entire redevelopment will be completed by 2018. The station will remain fully operational at all times during the construction without causing any disruption to passengers.

London Bridge station currently has 15 platforms, which include six through and nine termination platforms. All the platforms have train announcement and display facilities. A walkway bridge connects all the platforms.

“Construction on the redevelopment project will begin in 2013 and will be completed in 2018.”

The station does not have car parking facilities, but a cycle-stand is located at platform number eight. A bus station is located opposite to the main entrance. Other facilities in the station include ticketing machines, rest rooms, waiting halls and restaurants.

In July 2011, Invensys Rail was awarded a contract to undertake the design and delivery of re-signalling schemes at the station. The contract includes providing detailed design, installation, commissioning and testing of telecom and signalling systems. 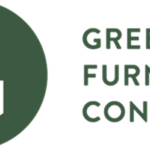