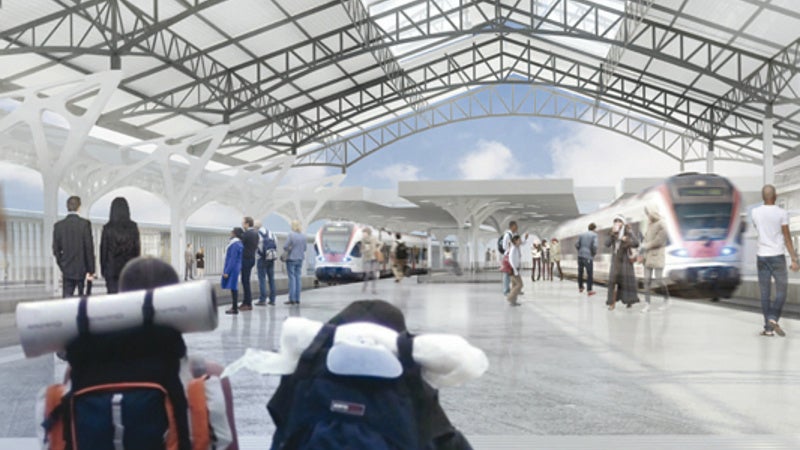 The Lausanne intercity and regional railway station is located in the city of Lausanne in Canton of Vaud, Switzerland.

The passenger traffic between Lausanne and Geneva route has doubled from 25,000 a day in 2010, to 50,000 a day currently. The traffic is estimated to further increase to approximately 100,000 passengers a day by 2030.

In order to meet the projected rise in passenger traffic, the Lausanne station expansion is being carried out as part of the Geneva 2030 rail expansion project, which is aimed at improving rail services in the cantons of Vaud and Geneva.

The station expansion will involve performing modifications to the structures, installing extra tracks and extending the existing platforms. The expansion is scheduled to be completed by 2025.

The project involves replacing interlocking systems to enable travel in both directions on the same track, as well as construction of additional roofs for the platforms and an underpass below the listed station building.

Three new passages including service areas below the tracks will be constructed, the platforms will be widened and extended, and the historical station roof will be repositioned and elevated.

The station expansion will improve the national and regional rail services. It will double the seating capacity of services between Lausanne and Geneva and provide quarter-hourly Vaud and France-Vaud-Geneva RER services by 2030.

Construction of the safety and traffic management infrastructure began with the replacement of interlocking systems in June 2016. It involves construction of a new technical building and a new underground tunnel for cables, and redevelopment of the Lausanne hub.

By 2020, the signalling equipment and rail installations will be modified to help operate an RER Vaud service between Cossonay and Cully every 15 minutes.

"The project involves replacing interlocking systems to enable travel in both directions on the same track."

The renewal of infrastructure at Lausanne station is essential to carry forward the station expansion project, which is expected to be completed by 2019.

The planning work for the station expansion will begin in September 2016 and main construction works on the expansion of station building will begin in 2018. The newly expanded station is expected to be commissioned by 2025.

The engineering consortium 4G, led by Basler & Hofmann, was awarded overall project management contract for the central lot of the large-scale project, which includes the entire present railway station.