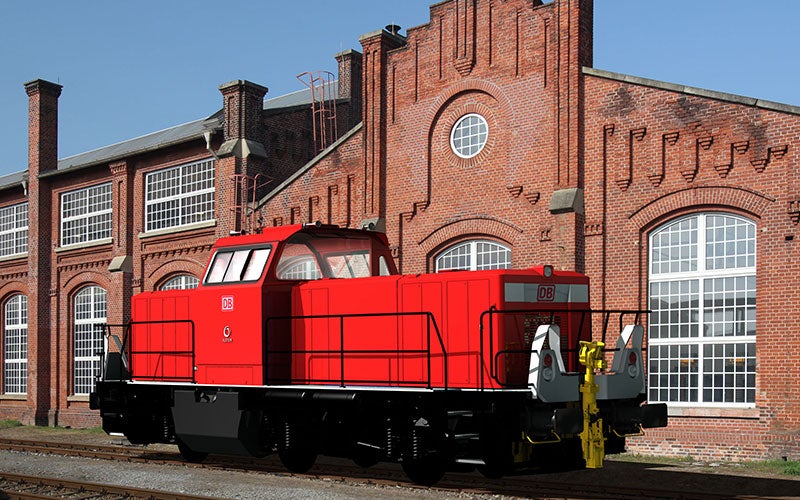 The H3 Hybrid Shunting Locomotive Project involves the development and testing of five new-generation locomotives based on hybrid technology (electric batteries and / or generators). The project is being developed by Deutsche Bahn (DB), Alstom Deutschland, the State of Bavaria and DAL Deutsche Anlagen-Leasing.

The project forms part of the Eco Rail Innovation (ERI) platform, which currently has 19 member companies. The ERI aims to create an emission-free rail system by 2050.

The H3 Hybrid locomotive project was initiated in August 2013, and the first locomotive was unveiled at InnoTrans 2014 in Berlin.

The five locomotives are now undergoing an eight-year test at DB’s sites in Würzburg and Nuremberg, Franconia. The project has been funded with €600,000 ($653,560 approximately) from the State of Bavaria.

The locomotives are being manufactured at Alstom’s Stendal site in Scaxony-Anhalt, Germany.

It can handle a minimum curve radius of 60m, integrates a flexicoil suspension system, and has a starting tractive effort of 240kN.

The locomotive can reach a maximum speed of 100km/h on a 1,435mm European standard gauge, allowing it to operate in short-distance mainline traffic.

The H3 hybrid locomotive consumes up to 50% less fuel, offsets pollutions by up to 70%, and enables noise reduction by more than 80% compared to conventional locomotives. The second variant can operate 50% to 75% solely on battery power.

"The locomotive can reach a maximum speed of 100km/h on a 1,435mm European standard gauge, allowing it to operate in short-distance mainline traffic."

The locomotive is fully compliant with the European crashworthiness standard EN 15227, and is fitted with Alstom’s Train Tracer solution, which enables constant monitoring of train data.

The project continues to attract industrial customers, with Alstom supplying one locomotive each to Volkswagen and Audi in 2015. Another Audi locomotive is scheduled for delivery in late-2016.

Audi and Volkswagen have deployed the supplied locomotives at their automobile manufacturing plants in Ingolstadt and Wolfsburg respectively.

The hydraulic bogie coupling system for the locomotives were designed and supplied by Liebherr.