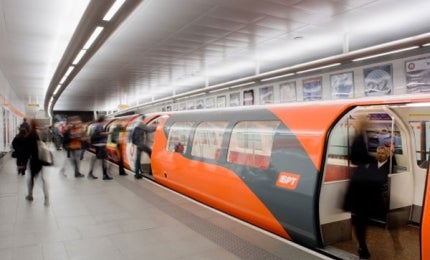 Glasgow Subway in Scotland is currently undergoing a modernisation programme that began in July 2011. It is the first full-scale upgrade of the metro system since the renovations between 1977 and 1980.

The programme includes the refurbishment of all the stations on the network and the introduction of a new smartcard ticketing system. The modernisation works are expected to be completed by 2018.

Glasgow Subway owner and operator Strathclyde Partnership for Transport (SPT) is undertaking the modernisation programme. The project is estimated to involve an investment of £288m ($436m), £246m ($372m) of which is funded by the Scottish Government. The European Regional Development Fund (ERDF) is also participating in the project funding.

The Glasgow Subway was opened in 1896 as a cable-hauled system and is one of the world’s oldest underground metro systems. It is currently a part of SPT and one of the few public-owned projects in the UK. It carries approximately 13 million passengers a year and is accessed by 40,000 people a day.

"The Glasgow Subway was opened in 1896 as a cable-hauled system and is one of the world’s oldest underground metro systems."

The subway system consists of twin tunnels and is located in the centre-west region of Glasgow. It includes 15 stations positioned along a 10km-long route of which eight stations are situated to the north of River Clyde.

Buchanan Street, St Enoch and Hillhead are the busiest stations of the subway. The rolling stock comprises three-car trains with a seating capacity of 112.

Hillhead station was the first to be upgraded in September 2012 under the modernisation programme, while refurbishment of Partick station was completed in April 2013. A new ticketing system using customer-operated ticket vending machines (TVMs) was brought into service on 11 November 2013.

Modernisation of the Kelvinhall and Ibrox stations started in May 2013. The Ibrox station was completed in January 2014, followed by that of Kelvinhall station in April 2014.

St Enoch station, the flagship city centre station of the subway network, witnessed the start of modernisation works in February 2014. The first phase was completed in July 2014 while the second phase started in September 2014. The works include the construction of a new station office and travel centre along with the installation of street level escalators and new glass canopies inspired by Glasgow’s Kibble Palace.

The Bridge Street, Cessnock, Shields Road and Kelvinbridge stations are expected to be refurbished in 2015.

The interiors of the stations will undergo access improvements such as tactile paving and maps, hearing loops and colour-contrast flooring.

All the 28 escalators in the system will be replaced with energy-efficient versions that will use power-standby technology, high-efficiency lubrication and LED lighting that consume less power. St Enoch and Govan stations will be equipped with lifts.

The modernisation of the 399-mile rail route between London and Glasgow was the largest rail project to date in the UK.

Driverless trains will replace the current fleet running on Glasgow Subway. Screen gates will be installed at platform level to enhance passenger safety.

In addition to its control system and centre, the subway’s signalling equipment will be modernised to support the new trains.

Otis Elevator, a unit of United Technologies, was awarded the contract for replacing the escalators on the subway network. In October 2012, Otis was also contracted to design, manufacture and install moving walkways (travelators) at the Buchanan Street.

Concept Applications was engaged by SPT to refurbish the current subway fleet. The track feeder cable replacement contract was awarded to Clancy Docwra.

Backed-up by Lloyds Register, Racon was engaged as the independent competent person for the modernisation programme under a £600,000 (approximately $907,600) contract.

Scheidt and Bachman developed the advanced smartcard ticketing system while Confidex is the supplier of contactless ITSO smart tickets for the subway system. SPT entered into a joint venture with Ecebs for developing a multimodal, multioperator scheme for the subway.

The contract for conducting tunnel lining improvements was awarded to Freyssinet. The £16m ($24m) contract was approved at the SPT Partnership meeting held on 19 December 2014.