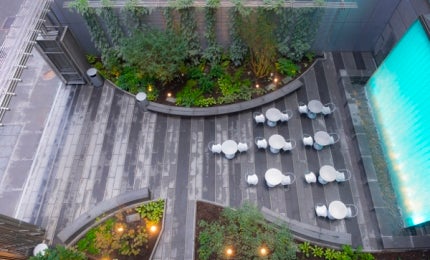 The Metropolitan Transportation Authority’s (MTA) East Side Access project is the biggest transportation infrastructure project being implemented in North America. Construction works for the $10.17bn project began in 2002 and are scheduled for completion in December 2022.

East Side Access project involves the expansion of the Long Island Rail Road (LIRR), the busiest commuter railroad in the US. It will provide an alternative new stop for all the 11 LIRR branches at a new terminal and concourse being built beneath Grand Central Terminal (GCT) and include 11 miles (17.7km) of tunnelling works at Queens Borough and Manhattan.

Mined caverns, each with an upper and lower level, separated by a mezzanine level, are being constructed under the existing lower level of the GCT to create a new 300,000ft² passenger concourse where eight tracks and four passenger platforms will be provided. The LIRR’s Harold Interlocking, the busiest passenger train interlocking in the US, is also being reconfigured.

"East Side Access project involves the expansion of the Long Island Rail Road (LIRR), the busiest commuter railroad in the US."

Elevators, escalators and emergency egress stairs are being installed to provide connections from the new terminal to the GCT”s dining concourse and the old arrivals waiting room, along with connections to the 45th Street and 47th Street cross-passages.

The tunnels were bored using a Robbins tunnel boring machine (TBM) and another double shield TBM operated by SELI.

The rolling stock for the East Side Access will include M-9 passenger cars to be supplied by Kawasaki Heavy Industries. The new cars will each have an overall length of 26m, width of 3.2m and height of 4m, and feature car bodies made up of stainless-steel.

The contract for the excavation of the Manhattan tunnels and caverns was awarded to the JV of Judlau Contracting and Dragados USA, while the tunnels at Queens were excavated by the JV of Granite, Traylor and Frontier-Kemper.

Second Avenue Subway is a new subway system being constructed in New York, US.

The concourse beneath the GCT is being constructed by GCT Constructors, a JV of Schiavone Construction and John P Picone, under a $404.8m contract awarded in February 2015.

Aecom is performing the structural engineering and architectural design works for the new terminal, while Tutor Perini Corporation has been awarded a $333.59m contract to install the communications systems at the new concourse.

The approximately $200m contract to fabricate and construct the permanent structural concrete lining, interior structures, and fit-out for caverns and tunnels under GCT has been awarded to Michels Corporation.

Schindler is supplying 22 elevators, which include eight traction and 14 hydraulic units, and 47 of its proprietary Schindler 9700 escalators for the project. Siemens is supplying low-voltage switchgear and unit substations, low-voltage transformers, and panels.

Systra is performing the design review for track, signal and power modifications involved with the re-configuration of the Harold Interlocking, design for a storage yard, and rail operations and systems integration works.

Special testing and materials inspection works, and geotechnical services for the project are being performed by Tectonic. Geotechnical and structural instrumentation and monitoring solutions for the Sunnyside Train Yard are being provided by Wang Technology.