The Darlington railway station is a Grade II listed station building located in the Darlington town of Durham County, UK. The station holds national significance for being the birthplace of passenger railway. It offers connectivity to and from London, Newcastle, Edinburgh, and other major cities, as well as the Tees Valley on the East Coast Main Line (ECML).

The station is being redeveloped to accommodate the planned increase in train services and relieve congestion that is currently affecting train services, under a redevelopment project estimated to cost more than £100m ($130m).

Planning application for the project was submitted in June 2021 and approval was granted in October 2021. Preparatory work for the demolition of the buildings next to the station commenced in August 2022, making way for initiating the redevelopment works.

The project is part of the Darlington 2025 plan aimed at boosting the economy and generating jobs. It is planned to be completed by December 2024, in time for the Darlington Railway’s 200th anniversary celebrations in 2025, which will honour Darlington as the origin of the modern railway.

Purpose and details of the redevelopment

The Darlington railway station’s capacity is affected due to conflict arising between the north-south operations on the ECML and east-west operations on the Bishop Line. The ECML route gets blocked when a crossing movement occurs at the station. The existing infrastructure also limits the station’s ability to serve local and future high-speed services as the ECML is planned to be integrated with the HS2 network.

The redevelopment project plans to create a new station building on the eastern entrance, with three additional platforms that will support the new rail services and help in increasing rail capacity by more than 300%.

The project will also include the development of a concourse featuring waiting, ticketing, and retail space. The existing station building, which represents Victorian railway architecture, will be refurbished as part of the overall master plan for its preservation and renovation.

A multi-story parking structure, transport interchange and bicycle facilities, landscaped pedestrian zones, a new footbridge leading into the station building, and modifications to Neasham Road will also be part of the project.

The west side overhaul of the station includes the construction of a pedestrianised concourse in front of the building entrance, a redesign of the portico station car parking lot, and a new road layout to increase pedestrian safety.

The pick-up and drop-off locations and the parking lot on the western side of the station and the Victoria Road entrance will also be upgraded. The improvements made to the west side will create a second entrance to the station.

The Darlington Borough Council will be responsible for the development of the property to the east and west of the current station, , respectively.

The remaining funds have been requested from the central government.

Napper Architects, an architectural practice based in the UK, designed the redevelopment.

Infrastructure consulting company AECOM is working with BAM Nuttall, a construction and civil engineering company, on the station redevelopment.

TGA, a professional design and consultancy services company, was contracted by Darlington Borough Council to collaborate with Willmott Dixon, a construction and property services company, on the project. TGA will focus on enhancing the performance of the existing building by installing new lighting, engineering, and heating systems.

Arup, a professional services company based in the UK, prepared the initial masterplan for the Darlington station redevelopment.

Benefits of redeveloping the Darlington station

The new station will increase service quality and frequency along the ECML, reduce waiting time, and promote the usage of the public transportation system, making Darlington a regional transportation hub. It will accommodate both eastbound local and London-bound services and create more capacity on the local train route while accommodating new high-speed services on the ECML.

The project will also benefit businesses by enhancing freight connections, drawing new investment, and creating high-quality, well-paying employment. It will lead to better freight services from Teesport, as well as faster, more frequent, and higher-quality throughout operations across the Tees Valley, County Durham, and North Yorkshire. 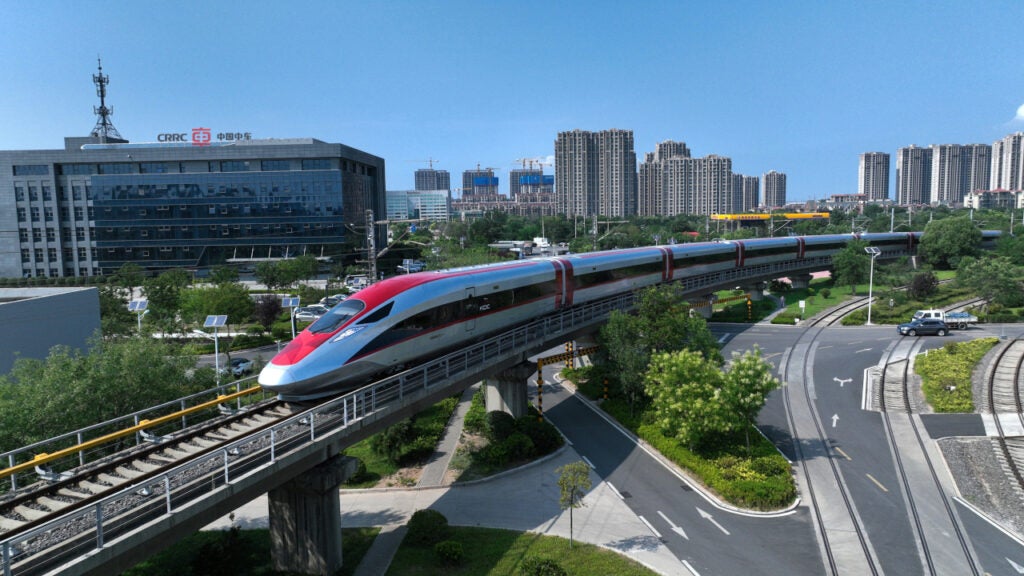