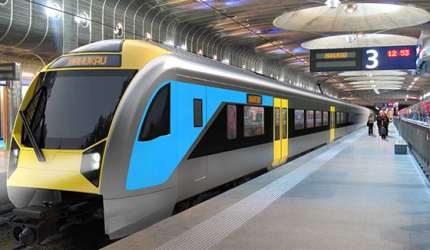 City Rail Link (CRL) is an extension of the existing underground line through the Auckland city centre in New Zealand (NZ), passing through Britomart, under Albert, Vincent and Pitt Streets.

Preliminary construction began on the CRL in December 2015, while main construction works started in June 2016. The extension is expected to be finished in five and half years. It is being delivered by Auckland Transport.

The purpose of the CRL is to improve the accessibility in Auckland to support the city’s growth. The population of Auckland is expected to exceed 2.1 million by 2040.

The extension line will reduce the travel time between New Lynn and Aotea from 51 minutes to 23 minutes, with travel times from Manukau Centre to Karangahape Road down from one hour to 42 minutes.

"Auckland Transport was granted NZ$2m by the Auckland Council for planning and route protection of the tunnel.“

The plan for CLR was first proposed in the 1920s, when it was estimated to span 1.75 miles and cost $600,000. In 2009, an investigation was made into determining a route for the CRL, where consultants were appointed to identify the preferred route and prepare a concept design. In November 2010, the consultants revealed the study report, recommending the government to consider the project.

The review of the study was completed in May 2011 and the Ministry of Transport convened a working group consisting of the Treasury, the NZ Transport Agency (NZTA), KiwiRail, Auckland Council and Auckland Transport.

In June 2011, Auckland Transport was granted NZD2m by the Auckland Council for planning and route protection of the tunnel. In March 2012, the Auckland Council decided to spend money from the 2012-2013 Budget, for the continuation of the line. Approximately $6.3m will be spent on utility and building assessments, geotechnical surveys, rail operations modelling and contaminated site reports.

The new rail link will benefit by providing futureproof transport demands for Auckland, and journey times will become shorter with direct city centre connections. It will address the capacity constraints at Britomart terminus and is expected to provide a sustainable transport solution, as well as minimise environmental impacts. It will also help shape Auckland’s economic growth, while improving the efficiency and resilience of its transport network.

Auckland Transport selected Downer NZ and Soletanche Bachy JV, and a joint venture between McConnell Dowell and Hawkins (Connectus), for the $3m first phase of CRL project in April 2015.

Downer NZ and Soletanche Bachy JV secured a construction contract for the CRL project in July 2016.

Preliminary works on the City Rail Link began in December 2015 and will be finished by 2020, with the line operational by 2021. The estimated cost of the project is NZ$2.86bn ($2.3bn), which includes the cost of rolling stock and network infrastructure.

" Much of the construction activity will be underground, which will reduce the impact on property owners and city heritage buildings.“

The project includes construction of 3.5km-long twin tunnel up to 45m below the city centre and three additional city centre stations at Aotea Centre, Karangahape Road and Newton. An interchange will be built adjacent to New North Road to meliorate the rail network’s efficiency. It will also help to terminate the running of empty trains and will create a potent future multi-modal transport hub.

The new underground route will extend the existing rail line through Britomart, Albert, Vincent and Pitt Streets, as well as passing through Karangahape Road, Central Motorway Junction and Symonds Street, and connecting to the western line at Eden Terrace.

Much of the construction activity will be underground, which will reduce the impact on property owners and city heritage buildings.

With just four million people (estimated to be 4.3 million in 2010) in a landmass roughly the same size as Great Britain, New Zealand was forced to impose strict limits on public spending, including transport.

The line is initially expected to use a batch of 24 electric multiple unit (EMUs) trains consisting of three cars. Another batch of 26 three-car EMUs is expected to be supplied by 2030 at an estimated cost of $260m.

Each EMU car will have capacity to accommodate 120 people. It will have two sliding plug-type doorways on each side with a weather-proof and sound-proof seal. The width of the doors will be 1,450mm.