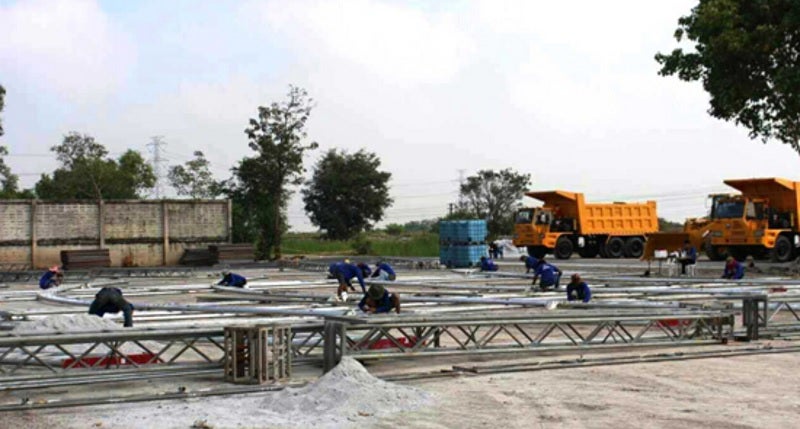 The THB500bn ($12bn) project is being developed as part of a bilateral agreement between China and Thailand after a memorandum of understanding on railway co-operation was signed between the countries in December 2014.

Construction on the line is expected to start in May 2016 with completion planned within three years. Once complete, the line will connect with the China-Laos railway, linking China, Laos and Thailand.

Both passenger and freight trains will run on the line. The project will use a standard gauge (1,435m) with trains operating at speeds of up to 180kmph.

The new railway line will span across Thailand and connect Vientiane in Laos and Kunming in China. It is also planned to reach Malaysia and Singapore in future.

It will run through ten provinces in Thailand, while the depot and operation control centre will be located in Chiangrak Noi district.

Partnership between Thailand and China

China conducted a feasibility study and detailed designing for the project. It will provide M&E works, including signalling and telecommunication systems, power supply, train control and track work. Tunnelling and construction of a long span bridge, establishing a new maintenance and training centre, and procuring rolling stock will also be China’s responsibility.

Chinese technology will be used in the project and 800 staff will be trained by the country.

Benefits of the China-Thailand railway link

"It will reduce the cost of logistics and promote trade between China and ASEAN countries."

The project will ensure development of a railway network between China and ASEAN nations. It aims at extending cooperation in trade, investment, logistics, tourism, science and technology, culture and other aspects among ASEAN countries.

It will reduce the cost of logistics and promote trade between China and ASEAN countries. Thailand will also achieve the status of ASEAN’s transportation hub.

The railway line forms an integral part of the middle route of the Trans-Asia Railway network.

LiuGong has also been selected to supply extreme duty equipment for construction. Sany Heavy Industries will also participate in the railway project construction.