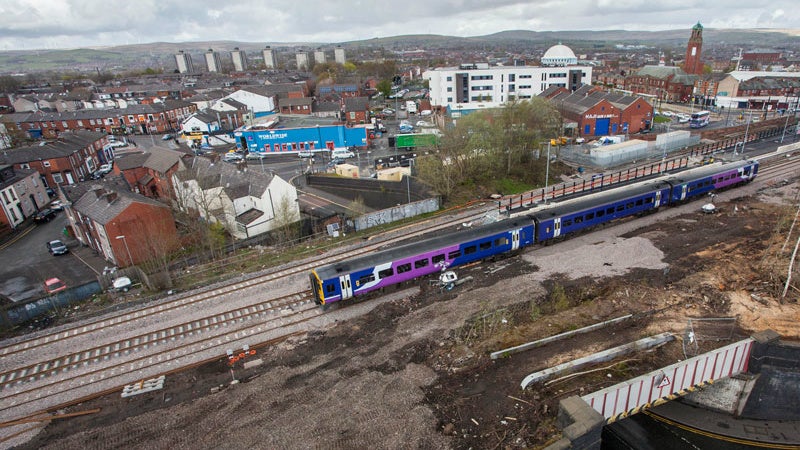 Calder Valley line is a two-track railway line running from Manchester Victoria to Leeds in West Yorkshire, UK. The line connects Preston, Blackburn, Accrington and Burnley with Halifax, Bradford and Leeds via the Hebden Bridge.

Network Rail is upgrading the line as part of its Northern Programme, in association with West Yorkshire Combined Authority and Northern Rail. The project will upgrade the tracks and signalling system of the line to reduce journey times and improve connectivity and commuter travel services between the key towns and cities.

The Northern Programme is a £1bn (($1.5bn) investment project involving series of targeted upgrades to the railway network in the UK. The programme is expected to create economic benefits of more than £4bn ($4.99bn) to the region.

The upgrade works are proposed to be undertaken in two stages. The first stage is planned to be completed by October 2018, while the second stage will be carried out between March and October 2018.

Rail services on the upgraded Calder Valley line are expected to commence from December 2018.

The first work phase on the Calder Valley line upgrade project was completed in October 2016. It included upgrades to the track and signalling system between Manchester Victoria and Littleborough (completed in April-May 2016), and the construction of a new 135m-long bay platform at Rochdale station.

More than 1.2km of new track was also installed and existing track was remodelled in order to connect the new bay platform to the network. Further, diesel trains that are usually stationed in Manchester Victoria can be redirected to Rochdale station, creating space for electric trains.

Second stage improvement works of the Calder Valley include upgrade of the Bradford Mill Lane, Hebden Bridge station, and renewal of the signalling system between Huddersfield and Bradford.

New track and signalling systems will be installed on the approach to the Bradford Interchange station to enhance the flexibility of services between Leeds and Halifax.

Upgrade works on the Hebden Bridge station will include the installation of lifts to create step-free access.

The second phase will upgrade the level crossing and signal system on the Huddersfield to Bradford line segment, which will enable the Rail Operating Centre (ROC) in York to remotely control the signals. The project will also improve the reliability and performance of the rail network along the segment.