Expand
Bombardier will manufacture 775 trains to replace BART's existing fleet, under the project dubbed the Fleet of the Future. Image: courtesy of BART.
A wooden mock-up of a new train car interior, which was used in 2013 for public viewing and to gain inputs for the design of the trains. Image: courtesy of BART.
DesignworksUSA, a subsidiary of BMW Group, will carry out the design works for the project. 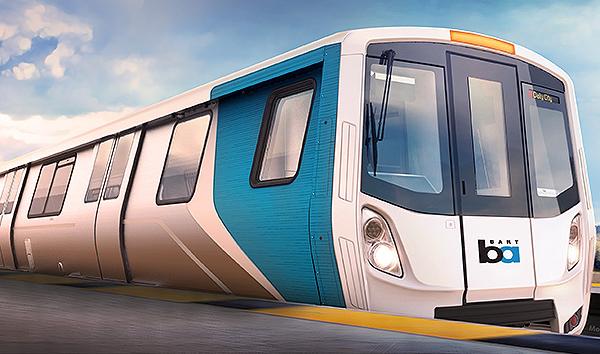 San Francisco Bay Area Rapid Transit District (BART) will replace its fleet of existing 669 rail cars, which are the oldest in the country, with 775 new rail cars under a project known as the Fleet of the Future.

Bombardier will initially supply ten train cars in 2015 to carry out tests within the BART system. The first service trains will be rolled-out in 2017, and the entire fleet will be delivered by 2023. BART further plans to increase the number of orders from the current 775 to 1,000 rail cars.

A half-car model train will be on public display within the Bay Area until May 2014. The design will be reviewed finally based on the feedback from public before manufacturing starts.

History of the BART system

The BART system connects the San Francisco Peninsula with Oakland, Berkeley, Fremont, Walnut Creek, Dublin and other cities in the East Bay. It comprises five lines, approximately 167.37km of track, and 44 stations.

The first rail cars of the system started operations in 1972, and the existing fleet was refurbished in the late 1990s and early 2000s. The 669 train cars are of three different types, supplied by Rohr, Alstom, and Morrison Knudsen.

Financing for the Fleet of the Future Project

The estimated budget for the project is $3.2bn. Up to 75% of the funding will be provided by Metropolitan Transportation Commission (MTC), while the remaining 25% will be funded by BART.

Design features of Fleet of the Future trains

The new trains’ will be constructed of steel and aluminium components, which are easier to clean and 74% recyclable, and the flooring will be made of Marmoleum. The seat cushions will be made of silicone foam, which does not easily shrink.

"The new trains’ will be constructed of steel and aluminium components, which are easier to clean and 74% recyclable."

The new trains will have up to 4.6 lesser seats per car compared with the existing fleet. Seats will be 20in wide and 18in high (1.5in higher than those of the existing cars), will provide a leg space of 27in, and will feature a slender back.

The cars can be optionally split at transfer stations. Each car will feature three doors, reducing the time for passengers in getting on and off. The doors will feature micro plug system, sliding on a track outside the train, which will considerably reduce the noise within the cars and provide better thermal insulation. Doors will be fitted with sensors to detect persons wishing to enter or exit the train.

Two wheelchair areas will be provided on each end of the cars, a bike rack will be located near the middle door, and multi-branch poles and hanging straps will be placed for standing passengers to hold on to. The trains will also provide certain priority seats, reserved for people with disabilities and senior citizens, while inter-car barriers will be placed for the safety of visually impaired passengers.

"The new trains will also convert their kinetic energy from motion into electrical energy as they slow down."

Similar to the existing fleet of BART, the new trains will also convert their kinetic energy from motion into electrical energy as they slow down. Energy regenerated from braking will be conveyed to the power distribution system for use by other trains.

The trains will be equipped with a white roof to deflect heat and light away from the interior. Light-emitting diode (LED) lighting will be used in the cars. The energy saving lighting systems will sense the amount of available sunlight in each car and adjust the intensity of the lighting automatically.

The new trains will be powered by Bombardier MITRAC propulsion equipment and energy-efficient inverters, while the fleet’s onboard systems will integrate the MITRAC Train Control and Management System (TCMS) with internet protocol technology.

The propulsion system will enable the trains run at speeds up to 80 miles per hour.

Bombardier will manufacture the rail cars at its facility in New York, while its Pittsburgh, Pennsylvania, facility will supply the propulsion and control equipment.

The brakes, aluminium to be used for the body, electrical wires and other materials, amounting to almost 66% of the overall train components, will be manufactured in the US.

The new trains are being designed by DesignworksUSA, a subsidiary of BMW Group, in collaboration with BART.