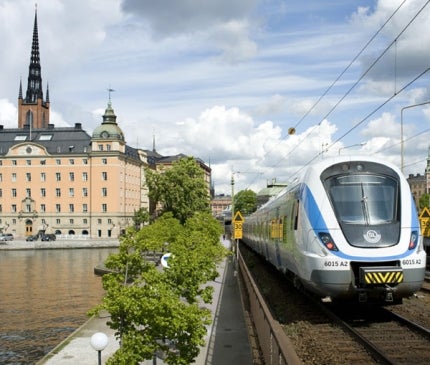 The Coradia regional trains are in service with operators in Germany, Denmark, the Netherlands, France, Finland, Luxembourg, Sweden and the UK.

Coradia Polyvalent, the latest variant of the Coradia family of trains, entered into service in 2014.

The Coradia range of trains is designed to offer a high degree of comfort for passengers. Passenger compartments are provided with partition walls between the foyer. The interior design incorporates ambient lighting, luggage racks and storage areas. Each car is equipped with PC sockets, individual lighting, and audio and video systems.

The modular interior fittings are set in slots for easy redistribution. Seat pitching and configuration are customisable based on the operator’s requirements, while compartments are equipped with vending machines, in-train ticketing dispensers, built-in internet capabilities and special facilities for disabled passengers. The trains can also be equipped with national ATP (automatic train protection) systems and ETCS (European train control system).

The train’s Onix igBT traction system provides smooth acceleration while conserving energy. The standard variants of the train are fitted with a regenerative braking system.

Coradia Duplex trains consist of two to seven-car electric multiple units (EMUs). Up to four train sets may be coupled to hold 12 cars. The Coradia Duplex range includes two models, one developed for operation in Sweden, and another for France and Luxembourg.

Coradia Lint is available in configurations of one, two, and three-car diesel multiple units (DMUs). Up to three trainsets can be attached and the diesel powerpack in the underframe of the Lint optimise the low-floor section, while the rolling stock complies with the new European environmental standards.

Coradia Continental comes with three, four, five or six-car EMUs. Up to four train-sets can be joined during peak times. The roof-mounted traction equipment provides room for spacious interiors. Developed for German and other European markets, the Continental complies with the International Union of Railways (UIC) loading gauge standard. The train is suitable for platform heights ranging from 550mm to 760mm.

Automotrice Grande Vitesse (AGV) is an advanced very high speed train designed and developed by Alstom. It is claimed to be the most economical and eco-friendly railcar in the world. It was showcased at the InnoTrans 2008 exhibition held in Berlin, Germany. The maximum operating speed of the AGV is 360kmph.

Coradia Nordic is a wider body train specifically developed for the gauge standard of Northern Europe. It can be operated at temperatures as low as -35°C and garaged at -40°C during rigorous Scandinavian winters. The traction equipment is mounted on roof to create more space for comfortable seating and passenger amenities. Coradia Nordic is available in configurations of four, five or six-car EMUs.

Coradia Polyvalent is the latest variant in the Coradia family of regional trains. It can run at a maximum speed of 160km/h in electric or bi-mode at voltages of 25kV and 1,500kV. A cross-border version capable of operating at a voltage of 15kV is also offered for the German and Swiss networks. The low, integrated floor of the train provides improved accessibility and complete visibility to passengers. Motor bogies are placed at both ends of the car-sets to restrict vibrations and noise levels.

In September 2012, Alstom received a €67m ($86m) order from Ferrovie Nord Milano (FNM) for ten additional Coradia Meridian regional trains. The order is a part of a frame agreement signed in 2008. Alstom delivered 14 trains to FNM under the agreement by 2013.

The Coradia regional trains are in service with operators in Germany, Denmark, the Netherlands, France, Finland, Luxembourg, Sweden and the United Kingdom."

Swedish operator Östgötatrafiken also placed a €50m ($64m) order for eight additional Coradia Nordic regional trains in September 2012. The latest order, which is a part of a frame agreement signed in 2008, brings the total orders from Östgötatrafiken to 13.

In May 2014, the Régiolis train was introduced by the ARF (Association of French Regions), SNCF and Alstom at the Vaugirard station in Paris. As many as 182 Régiolis trains have been ordered by 12 French Regions. These trains would be operated and maintained by the SNCF.

Alstom was awarded a €150m contract by Verkehrsverbund Mittelsachsen (VMS) in Central Saxony, Germany, in the same month. The contractual scope included the supply of 29 Coradia Continental electrical trains and a servicing contract over a period of 16 years. The trains operate on the Mittelsachsen II electricity network.

Hessische Landesbahn placed a €160m contract for 30 Coradia Continental electrical trains in December 2015. The trains are expected to enter commercial service on the Südhessen-Untermain network in December 2018.

Transdev placed an order for 28 Coradia Lint DMUs in March 2016 for operation on Augsburg diesel network 1 in Germany.

Alstom received an order to supply six additional Coradia Meridian regional trains to Trenitalia. The order is part of a frame agreement signed in 2012. Deliveries are expected to begin by the end of 2016.

Alstom was awarded a €170m contract by Abellio to supply 52 Coradia Lint 41 regional trains. The trains are scheduled to enter into commercial service in December 2018 on the non-electrified lines of Saxony-Anhalt.