The UK Government will take charge of the operations of the London and South Eastern Railway (LSER) from 17 October 2021.

A probe conducted by the Department for Transport indicated that LSER has not declared this funding since October 2014, which was meant to be returned.

The government has called the action a serious breach of the good faith obligation under the franchise agreement, deciding to not extend the contract with LSER. 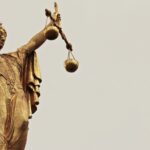 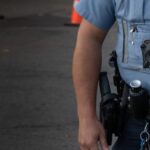 With the recovery of £25m, additional investigations are now being carried out by the owning group into all associated historic contract matters with LSER.

Based on these investigations, the government will look into more options for enforcement action, which includes statutory financial penalties under the Railways Act 1993.

In the meantime, commuters have been reassured that fares, tickets, and services will remain unchanged.

This decision will have no impact on LSER’s frontline staff.

The responsibility for the running of services has now been transferred to the government’s in-house Operator of Last Resort (OLR).

OLR is managed by ‘experienced’ railway managers, who own and supervise London North Eastern Railway and Northern.

In the coming years, the services will be moved back into the private sector within a new Passenger Services Contract.

In addition, the government will complete the roll out of the Class 707 trains onto Metro routes, enhance security across the network, and invest in passenger improvements on the current fleet of trains.

The UK Government recently granted approval for the electrification of the Wigan and Bolton railway line, with an aim to offer a greener journey to commuters.