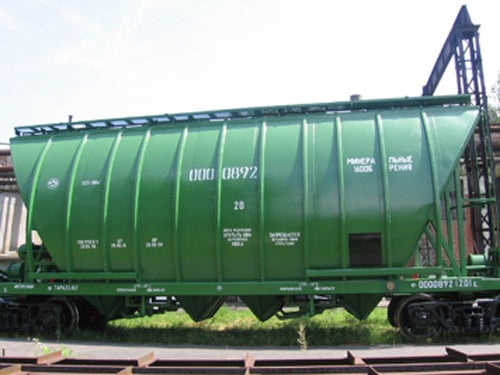 They will be manufactured at Transmashholding’s Novocherkassk Electric Locomotive Plant (NEVZ) in Russia.

The electric freight locomotives are being bought by Ukrzaliznytsia to upgrade Ukraine’s locomotive fleet over the next five years.

Ukrzaliznytsia is also planning to buy 509 freight and passenger locomotives under its fleet upgrade plan between 2012 and 2016.

Ukrzaliznytsia, Transmashholding, Luhanskteplovoz and Luhansk Regional Administration previously signed a protocol of intent on 20 July 2011 for the acquisition of freight locomotives.

The contract could not be concluded as Transmashholding wanted to transfer Ukrzaliznytsia’s order from Luhanskteplovoz to NEVZ, according to kyivpost.com.

The locomotives manufactured by the JV were planned to feature components from the French-Russian consortium and from Alstom’s Belfort factory in France.

Under the agreement, the JV will first cater to the requirements of Kazakh Railways and the remainder will be exported to other countries.

Caption: Ukraine Railways is planning to buy 509 freight and passenger locomotives under its 2012-16 fleet upgrade plan and has allocated UAH28.67bn ($3.5bn) for the programme.