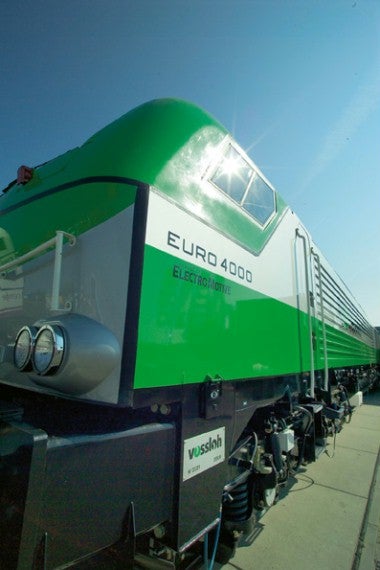 The Passenger Rail Agency of South Africa (PRASA) has unveiled its new Afro 4000 locomotive series to be used on its long-distance main line services.

"This can only be achieved by providing reliable, efficient locomotives to haul these trains, thus minimising en-route delay."

According to Mofi, the new locomotives will serve the long distance market, while ten of them would be allocated to the Eastern Cape region. It will run along six long-distance corridors, including the Johannesburg to Cape Town route.

"The critical factor is to improve the journey experience and encourage more long-distance travel."

The vehicles will undergo for a three-month testing period and are expected to be operational in March 2015.

It features a driver display unit with route management and train management systems, designed to help the driver to detect and reset any faults while in section.

These highly powered locomotives will be able to pull both freight and passenger coaches.

Meanwhile, PRASA signed a contract with Gibela, a joint venture led by Alstom, to provide 600 passenger trains to be delivered between 2015 and 2025.