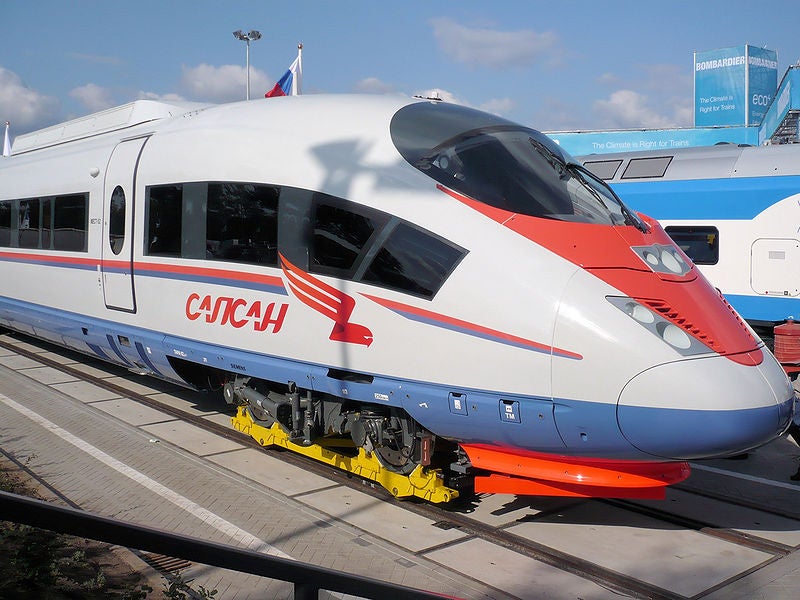 The contract includes supply of the high speed trains as well as serving of the trains for the next 30 years at a cost of another €300m.

Siemens will supply these trains starting from 2014 and after delivery they will be used between Moscow and St. Petersburg to meet increasing demand on the popular high speed link.

UK introduces bill for next phase of HS2 in Parliament

Each of the Velaro RUS train is 250 metres long with ten carriages each and can carry up to 600 passengers each and travel at a speed of up to 250 kilometers an hour.

Velaro RUS trains are known as Russian Sapsan (Peregrine Falcon) and use similar technology to Germany’s ICE trains, but the additional features in the train include special kit which helps the trains to withstand the Russia’s harsh winter weather.

Velaro RUS trains are designed to cope with extreme weather conditions, including temperatures from minus 40 to plus 40°C.

The high speed trains will be operated to help the country host the Olympic Winter Games in the Black Sea resort city of Sochi in 2014.

Previously, Siemens had signed a joint venture with the Russian locomotive producer SINARA for local production of double-section electric freight locomotives near Yekaterinburg (Urals) and own an order in May 2010 to supply 221 double locomotives worth more than €1bn.

Siemens, along with Russian partner firms, had invested €200m to set up locomotive production plants to produce locomotives and regional trains.

The company has agreed to modernise 22 railway switching yards by 2026 and supply Russian Railways (RZD) with 240 regional trains over the next ten years.