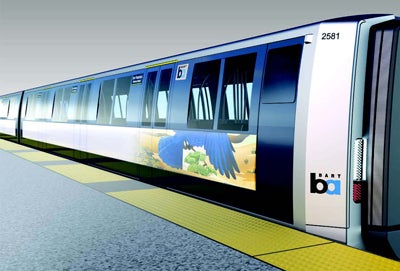 The Bay Area Rapid Transit (BART) Agency in San Francisco, US, has unveiled plans to purchase 260 new rail locomotives for about $1bn in May 2012.

The new rail cars will have a modern look, easier-to-clean seats, a digital information system and a full air conditioning system.

The new rail cars are being purchased as part of BART’s $3.2bn Car Replacement Project, which aims to replace the agency’s existing 669 cars, many of which have been in service for 40 years.

The Metropolitan Transportation Commission (MTC) approved a resolution in December 2011 to establish an overall funding framework for the project and promised an allocation of about $870m for the first phase of the project. MTC will fund about $2.4bn or 75% of the total project costs, while BART will cover the remaining $800m.

BART plans to award a contract worth about $1bn by May 2012 for the first phase of the project, which includes project development and the procurement of the first 200 cars.

The agency intends to trial ten cars for eight months in the beginning of 2015 before putting them into full production.

The first cars will be delivered in September 2016, with the rest arriving by the end of 2018.

Designed by BMW Group Designworks USA, the cars will be outfitted with exterior digital displays showing route colour and destination and including audio and visual features for better passenger information. The new cars will feature split train capability and will have three doors on each car to make getting on and off faster.

The cars will come with easier-to-clean seats and floors, as well as more handholds and more priority seating for seniors and people with disabilities.

The concepts for the rail cars are still in progress and once finalised, BART will conduct formal design, engineering and prototyping to refine the concepts further.

BART is expected to have 500,000 riders a day by 2035, according to MTC figures, a huge increase from the current 340,000 a day, and more capacity than current trains can handle comfortably.