The first deal is valued at RMB1.15bn ($176m) and was awarded by MTR Technology Consultation (Shenzhen) for the Shenzhen Line 4 Phase 3 Project.

"NPRT has made a strong start to 2018 with these contract wins in the cities of Hangzhou, Zhejiang province and Shenzhen, Guangdong province."

Delivery of the contracted metro cars is scheduled between February next year and September 2020. 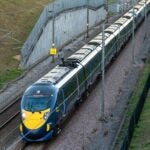 NPRT plans to deliver the metro cars between September this year and August next year under the agreement.

Midas executive director and CEO Patrick Chew said: “NPRT has made a strong start to 2018 with these contract wins in the cities of Hangzhou, Zhejiang province and Shenzhen, Guangdong province.

“With China’s continued expansion of its domestic rail network to cater to cities with growing urbanisation and rising populations, we are confident that NPRT will continue to leverage its established track record and strengthen its market position in China’s rail industry.”

Midas was originally founded in 2000 and is primarily engaged in the manufacture of aluminium alloy extrusion products for the Chinese passenger rail transportation sector.

The company holds 32.5% equity stake in NPRT, which specialises in the development, manufacture and sale of metro trains, bogies and associated equipment.