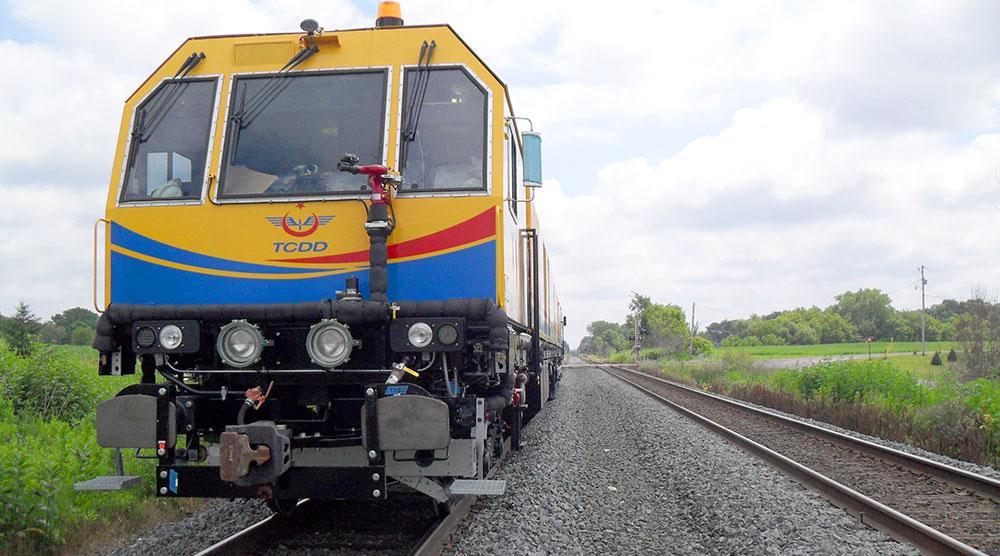 RailMeasurement Ltd (RML) is a specialist provider of equipment for measuring corrugation and acoustic roughness of rail tracks and train wheels. Validated equipment is provided for the measurement of rail corrugation at all speeds.

Rail corrugation analysis trolleys for up to two rails

RML’s corrugation analysis trolley (CAT) is used by railway systems, suppliers, grinding contractors, consultants and universities worldwide for many purposes, including routine quality control of rail grinding, monitoring of corrugation test sites, and research into rail corrugation and its mitigation.

The latest CAT 4 can be used on both grooved and conventional flat-bottomed rails. Simple lateral adjustment of the measuring head is possible to within 10mm of the gauge and field faces of the rail. One person can transport the CAT from site to site in a wheeled instrument case, plug it into a laptop using a USB cable, and take measurements within minutes.

The bi-CAT is a more recent addition to RML’s product range, providing the accurate measurement of acoustic roughness and corrugation on two rails at once. Built using the same technology as CAT, the device can be also be assembled and operated by one person at an average walking pace.

The rail corrugation analysis trolley (CAT) is used at walking speed by a single person and collects data on an industry-standard laptop.
With bi-CAT, one person can perform measurements and check for inconsistencies in two rails simultaneously.
The rail corrugation analyser (RCA) is available as a unit to fit onto a maintenance train, such as a grinder, or as a self-contained measuring bogie.
TriTops measures consistencies in fitted train wheels with minimal lifting required.
The HSRCA measures rail corrugation and acoustic roughness at line speeds; the RCA and HSRCA are validated by comparing measurements to those made using the CAT.
Specialist rail measurement equipment can be manufactured to meet specific requirements and is also available for hire.

The product was developed in response to requests from clients to increase efficiency of corrugation surveys, as well as those with limited timeframes to gather measurements when rail reprofiling.

RML supplies equipment that measures rail irregularities, in particular corrugation, from a vehicle. The rail corrugation analyser (RCA) is typically used on a reprofiling train to demonstrate compliance with standards such as EN13231-3, but versions have also been supplied for planning reprofiling work.

As with other RML equipment, the RCA is extremely robust, reliable and provides measurements of unequalled accuracy despite requiring minimal maintenance.

The RCA typically operates in the speed range of 3km-15km/h but versions are in routine operation over the 0.5km-50km/h range. Despite operating from a vehicle, the RCA provides measurements that are compatible with the European standard for measurement of rail roughness (EN15610) except at the very shortest wavelengths.

This instrument also gives excellent measurements of long waves of up to at least 5m wavelength, as has been demonstrated by its unsurpassed repeatability in measuring these long waves.

In addition, this equipment is available as a self-contained measuring bogie for routine corrugation surveys, movable from one train to another, or attached to a hi-rail vehicles, battery locomotives or similar applications.

It has been developed to perform regular surveys of rail longitudinal inconsistencies such as corrugation, acoustic roughness, joints, and welds. Measurements obtained will identify areas where maintenance is most needed.

TriTops is a lightweight, portable system that only requires one person to operate, and ensure consistency in locomotive wheels by measuring any irregularities. Wheelsets are elevated by a jack, with measurements obtained by the device while rotating the wheel by hand.

In 60 minutes, it is possible for two people to measure an average of four wheelsets, with one operating the TriTops and the other jacking up and rotating the wheel. Measurements are taken from three points on the wheel tread, where the flange-back is easy to adjust.

One of the areas in which RML has led the industry is in validation of measuring equipment. The compay developed a method, when none was available, that could be used by any supplier to demonstrate accuracy of equipment such as the CAT in different wavelength ranges.

This technique was openly published and subsequently included as an Annex to the European Standard for reprofiling rails (EN13231-3). It specifies a higher accuracy for shorter wavelengths than for longer ones, which reflects the physical reality that significant short-wavelength irregularities are smaller than those for longer wavelengths. A calibration certificate is issued with all CATs stating the accuracy found by this method.

RML has also participated in an independent ‘road test’, the protocol for acoustic roughness measurement in EN15610:2009.

RCAs, MSRCAs and the HSRCA are validated by comparing measurements made with them to those gained using a CAT.

RML produces modular software to process measurements of a rail’s transverse profile. The tool allowes users to produce information such as correlation with a specified transverse profile. A summary grinding compliance index (GCI) is calculated which can, if desired, include the influence of corrugation. A rail quality index (RQI) can also be established and provides a simple summary of rail wear, transverse profile and corrugation.

Citadis X05 is the latest model in the Citadis family of light rail vehicles (LRVs) manufactured by Alstom.