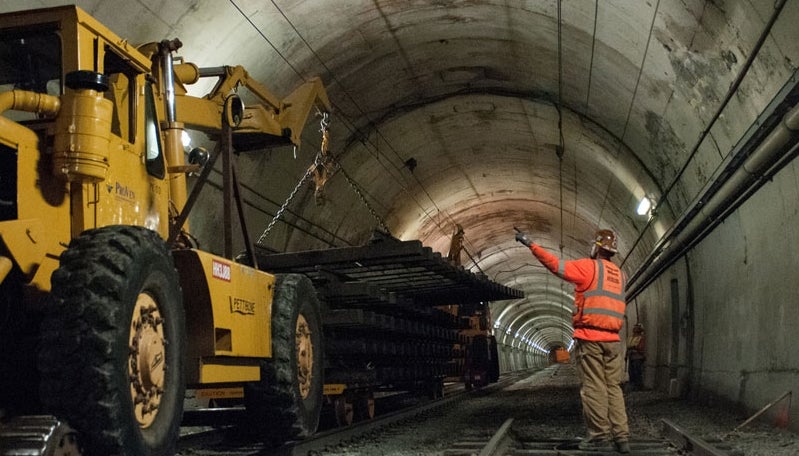 The Sunset Tunnel trackway improvement project was initiated by San Francisco Municipal Transportation Agency (SFMTA) in August 2014. The tunnel is located between Cole Valley and Duboce Triangle on the N Judah line in the US.

The project includes replacing track and other infrastructure inside the Sunset Tunnel, construction of new accessible platforms and signal priority upgrades at nine intersections along the N Judah Metro line.

"The new and improved line will enhance safety and reliability and enable faster rides on the Muni Metro system."

The new and improved line will enhance safety and reliability and enable faster rides on the Muni Metro system. The renovated tunnel trackway is expected to open for traffic in February 2016.

The transportation director of the SFMTA was authorised to call for the bid to initiate the process for the Sunset Tunnel trackway improvement project to replace the old and aging track in September 2013.

The track and infrastructure located between Cole Valley and Duboce Triangle will be replaced, and two new Americans with Disabilities Act (ADA) compliant platforms at Judah Street and 28th Avenue will be built as part of the project.

Further upgrades include installing fire safety systems and refurbishing fire water valves, as well as performing seismic upgrades including structural retrofit of the tunnel portal retaining walls and the foundations.

The upgrades to the tunnel trackway are expected to be completed with an investment of $16m. Funding for the project is contributed by US Federal Transit Administration (FTA) funds and SFMTA revenue bonds.

The tunnel trackway improvement project broke ground for construction in August 2014. Construction of the new ADA-compliant platforms began in November 2014 and was completed in March 2015.

The trackway improvement works are being carried out on weekends to minimise the inconvenience for N Judah riders and the community around the construction area, which will avoid disruption of weekday commuter service to approximately 48,000 daily passengers. The decibel levels and the back-up beeping noise during the construction phase are not expected to cross 100dBA.

All the works are being carried out to meet the California Building Code and Bay Area Rapid Transit (BART) earthquake safety design standards.

Anil Verma Associates inspected the Sunset Tunnel and recommended to install retaining walls at both portals to the tunnel for seismic vulnerability in February 2012.

The scope of the contract includes replacing the existing tie and ballast tracks, the existing overhead catenary system (OCS) such as messenger and trolley wires, and a number of components. It also includes seismic upgrades for portal retaining walls and traction power cable infrastructure.

The 70km-long Moscow Metro's Big Circle Line (BCL) is one of the world's most ambitious metro construction projects. The railway…

The Eglinton Crosstown West Extension (ECWE) Advance Tunnel Project is the first phase of the 9.2km-long extension of the Eglinton…