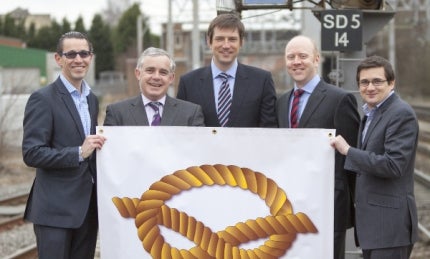 The new Stafford Area Improvement Programme (SAIP) will upgrade the rail network between Stafford and Crewe. This infrastructure project aims to increase the passenger capacity on the busy West Coast Main Line (WCML) by eliminating major bottlenecks across the Norton Bridge junction and Stafford area.

The Staffordshire Alliance, formed by Atkins, Laing O’Rourke, Network Rail and VolkerRail, is delivering SAIP at an estimated cost of £250m (approximately $412m).

In July 2013, the programme received the highest scores in the CEEQUAL scheme for environmental sustainability.

The 399-mile (641.6km) WCML connects London, Birmingham, Manchester, Liverpool, Glasgow and Edinburgh. It is one of the priority Trans-European Networks (TENS) in the UK.

Opened to the public in 1838, the route, which is one of the world’s busiest railways has, over the years, experienced wear and tear.

A £9bn ($14.84bn) upgrade, called the West Coast Route Modernisation (WCRM) programme, was completed in December 2008 and provided additional capacity on the line.

Furthermore, an £81m ($133.52m) improvement scheme for the line at Watford is expected to start in May.

SAIP is being executed in three phases. Construction work on the first phase began in April 2013 and is scheduled to be completed within a year. It aims to increase the line’s speed from 75mph to 100mph between Crewe and Norton Bridge, while the installation of four new signals and alteration of the overhead line equipment will also be completed. To reduce inconvenience to passengers and lineside residents, work will be carried out on weekday nights and during weekends.

The second phase started in January and is expected to be completed by 2015. This involves resignalling works at Stafford station, with the replacement of ageing signalling and telecoms equipment, power supplies, cable routes and a new freight loop on the WCML. Signalling control will also be transferred from the existing Number 4 and 5 signal boxes in Stafford to Rugby.

In addition, bi-directional signalling for platforms 4, 5 and 6 will be installed, and the line speed between Great Bridgeford and Stafford will be increased from 75mph to 100mph.

"The first phase of SAIP aims to increase the line’s speed from 75mph to 100mph between Crewe and Norton Bridge."

SAIP is designated as a Nationally Significant Infrastructure Project (NSIP), subject to a Development Consent Order (DCO) which will provide the necessary permits required for the successful delivery of the programme. On receiving the order, the construction of a flyover at Norton Bridge to create a new grade-separated junction is being planned as part of phase III. The works are expected to start around spring 2014 and will be completed by 2017.

The proposal includes 10km of a new 100mph railway, 12 new bridges, four river diversions, pipelines, roads and footpath diversions. Temporary haul roads will also be built, and the environmental mitigation works will be considered during this phase.

The upgraded segment of the WCML will be controlled by Network Rail’s operating centre in Rugby.

Future benefits of the programme

Upon completion, a new timetable, between 2015 and 2017, will be introduced, and SAIP will create the capacity required for two extra trains per hour running in each direction between London and the north-west of England. An additional fast train will run both ways between Manchester and Birmingham on an hourly basis, as well as an extra freight train on an hourly basis in each direction through Stafford.