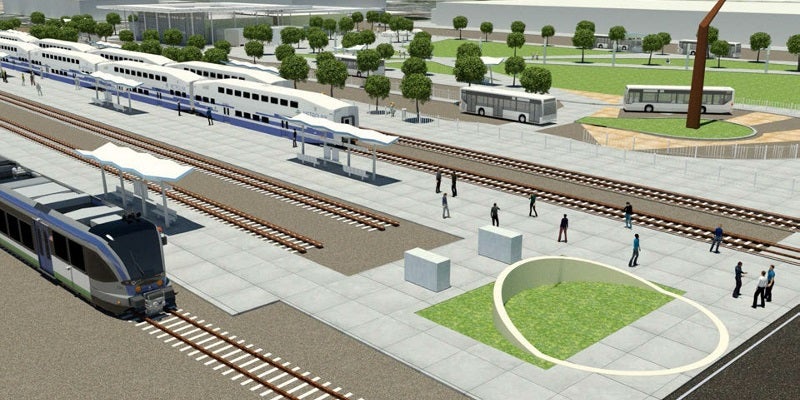 The Redlands Passenger Rail Project (RPRP) is nine mile-long rail extension currently under development by the San Bernardino Associated Governments (SANBAG) in California, US. It will run between the San Bernardino Transit Centre located at Rialto Avenue and E Street in Downtown San Bernardino, with a stop at the University of Redlands.

The project aims to provide new transportation choices through the implementation of a new rail service that integrates conveniently with other modes such as auto, bus and bicycle. It will create a safe and cost-effective travel choice for the communities, including San Bernardino, Loma Linda, Redlands, and surrounding areas. It will connect residents, businesses and visitors to a range of destinations, including leisure, education and healthcare.

"The services on the extension are expected to commence by 2020."

The services on the extension are expected to commence by 2020.

SANBAG obtained notice of determination (NoD) approval for the Redlands Passenger Rail project in March 2015. It also received a record of decision (RoD) from the US Federal Transit Administration (FTA) in February 2016 in compliance with National Environmental Policy Act (NEPA).

The project is currently in the final design phase, which began in 2015. Vehicle procurement for the passenger rail services will be completed between 2016 and 2020. Construction on the project is expected to begin in early-2017.

Four new stations at San Bernardino Transit Centre, Waterman Avenue, New York Street, and Downtown Redlands will be built as part of the project. The new stations will be compliant with the Americans with Disabilities Act (ADA). The stations and the proposed vehicles will be designed with a level-boarding option to provide direct access for individuals in wheelchairs.

The new rail extension will be operated with diesel multiple units (DMUs) vehicles to provide primary service. The DMUs will be powered by tier-4 emissions technology with clean diesel engine, which will be used for providing service throughout the day between San Bernardino and Redlands. The DMUs are quieter, more efficient, and cheaper to operate than Metrolink standard locomotives.

A Metrolink locomotive hauled coach train will provide round trip express service to the Downtown Redlands Station with limited stop service to and from Los Angeles.

RailPros is the Redlands Passenger Rail Project (RPRP) lead programme manager. CH2M was awarded a contract to assist RailPros, SANBAG and the US Federal Railroad Administration for the development and implementation of RPRP for SANBAG in June 2016.

SANBAG signed agreements with both the cities of San Bernardino and Redlands in February 2016 to ensure that the entire corridor is designated a quiet zone that stipulated to use train horns only in emergency situations or in compliance with federal regulations or railroad operating rules.

The total investment for the completion of the Redlands passenger rail project is estimated to be $250m, which will be primarily funded by the local, state, and federal governments. Additional funding will come from Measure I, a county-wide half-cent sales tax for transportation improvements.

The US Department of Transportation (DOT) awarded $8m for the construction of the project under the Transportation Investment Generating Economic Recovery (TIGER) grant in July 2016.

The estimated operation and maintenance costs for the services are between $8m and $10m a year.