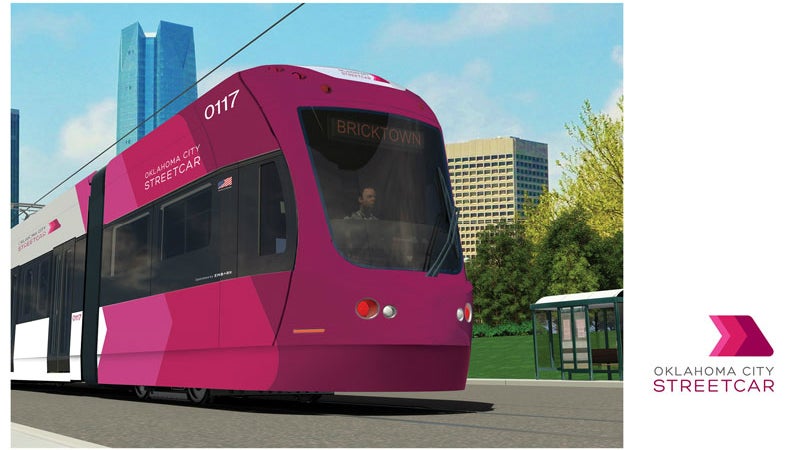 Construction of the streetcar commenced in February 2017 and was completed in December 2018. The estimated cost of the project is $135m.

The project links primary destinations by integrating with the existing transportation network.

The project includes two routes, with the first being the 3.21km Bricktown loop and the second being a 7.7km mainline.

The routes for future expansions are expected to include the Oklahoma Health Centre, North Classen Drive, and the MAPS 3 Park near South Walker Avenue.

The project includes the installation of 7.8km of rail track from Bricktown to midtown, across the central business district. Overhead wires installed on the streetcar line supply power.

There are 22 stops running on five streetcars. Each OKC Streetcar stop is ADA-accessible with signs, arrival information, covered shelters and a ticket vending machine. The project also includes a storage and maintenance facility at SW 7th Street and Hudson Avenue.

The track was installed by welding 354ft rail sections. Upon installation of track, concrete was poured on the newly constructed track bed and pavement digging was simultaneously carried out.

Streetcars are equipped with a Wi-Fi system, as well as internal and external cameras to ensure the safety of passengers.

The streetcar vehicles are 66ft-long and 8ft-wide, with a 70% low-floor area offering 100% kerb-level boarding for passengers.

“The streetcar vehicles are 66ft-long and 8ft-wide, with a 70% low-floor area offering 100% curb-level boarding for passengers.”

The vehicle has seating for 30 passengers and can transport up to 104 people. It uses electric power from overhead wires on part of the route and a lithium-ion battery on-board energy storage system (OESS) for remaining routes. The first streetcar arrived in October 2017.

A joint venture of Herzog-Stacey and Witbeck was awarded the contract to construct the rail line.

Brookville Equipment received a $24.9m contract to supply five Liberty streetcars for the project with an option to buy additional cars.

ADG, Jacobs Engineering, AECOM and SOJ served as consultants on the project.

Embark awarded a six-year contract to Herzog Transit Services for operations and maintenance of Oklahoma City Streetcar system in June 2017.

Companies involved
PB Design
PB Design has, since its foundation in 1979, worked ceaselessly...
Rhomberg Rail
Rhomberg Rail, part of the Rhomberg Group, is a prime...