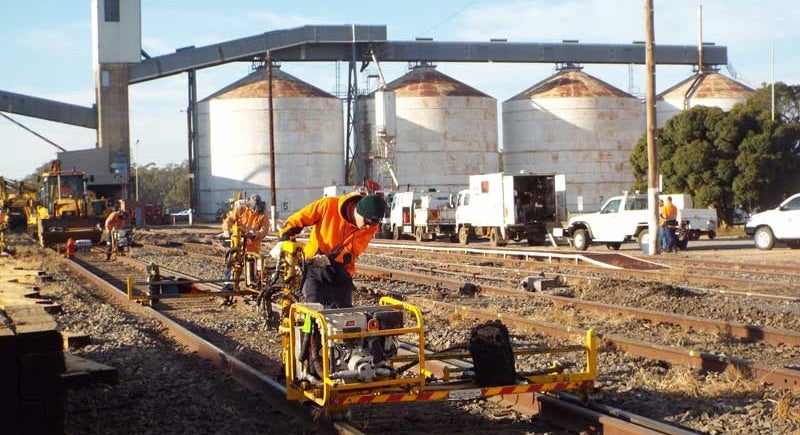 The Murray Basin rail project, initiated in February 2015, includes significant upgrades on Victoria’s rail freight network in order to standardise the rail freight services across Northern Victoria and increase the freight capacity. The project is being delivered by V/Line under the direction of Public Transport Victoria (PTV).

The business case for Murray Basin rail project was made in August 2015. The project is being completed in four stages, which are expected to be completed by end of 2018.

It will create 276 construction jobs and attract direct investment by rail operators in new rolling stock and bulk handlers in new loading facilities.

"The project is being completed in four stages, which are expected to be completed by end of 2018."

The third stage will involve upgrading the Dunolly to Manangatang, and Korong Vale to Sea Lake lines. The fourth stage of construction will include upgrades to Gheringhap to Maryborough lines.

More than A$30m ($23.27m), including A$5m ($3.87m) for fast-tracking to conduct pre-construction safety and maintenance works, was allocated for the first stage.

Stage one of upgrades to the Murray Basin rail project began in February 2015. The upgrade works included carrying out essential maintenance works including 3,400m of rail and roughly 130,000 sleepers in the Mildura freight line between Yelta and Maryborough.

The maintenance works including installation of approximately 28,000 new sleepers across 70km of rail line between Ouyen and Carwarp in the Victorian north-west region were completed in October 2015.

The second stage of construction involves restoring the track formation and ballast, carrying out bridge inspections and drainage improvements, and continuous welding of the track to enable 80km/h train speed. It was also allotted with $A16.5m ($12.62m) to procure 125,000 concrete sleepers.

The second stage of construction further includes replacing life-expired sleepers with new concrete timber replacement sleepers on the Yelta to Ararat, Dunolly to Manangatang, and Korong Vale to Sea Lake line sections, as well as supply and place additional ballast and re-tamping the track after installation of the new sleepers.

It also includes increasing axle loading from the existing 19t to 21t, and performing vegetation clearance along the track, upgrading level crossings and signalling, and supply and installation of additional rail on the new dual gauge section between Warrenheip and Gheringhap.

Stage two of construction began with laying a further 100,000 sleepers between Maryborough and Mildura, which began in March 2016.

The next stage of construction will commence in the second half of 2016.

The project will standardise 1,130km of lines from Geelong to Mildura, Manangatang, Sea Lake and Murrayville. It will enhance investment at the ports of Melbourne, Portland and Geelong as a direct result of handling higher tonnages for each train.

The freight line upgrade will result in increasing transportation of grain up to 500,000t a year on Victoria’s rail network. It will reduce approximately 20,000 truck trips in a year to the ports of Geelong, Melbourne and Portland.

The total investment for the completion of the Murray Basin rail project is estimated to be A$416.2m ($319m), which is jointly funded by Australia’s Victorian and Federal Governments.

Local manufacturer Austrak was contracted to supply more than 125,000 concrete sleepers for the project from their Port Wilson facility in March 2016.