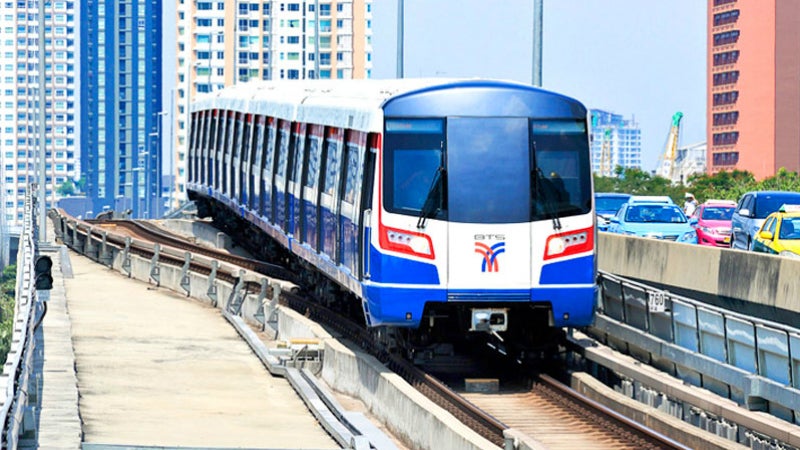 The Pink Line monorail project is a 34.5km mass transit system being developed between Khae Rai and Min Buri in Bangkok, Thailand.

The project is being developed as a public-private partnership (PPP) net cost concession by the Mass Rapid Transit Authority of Thailand (MRTA) at an estimated cost of THB 53.5bn (approximately $1.6bn).

Construction contract for the Pink Line was signed on 16 June 2017, while operations are expected to begin in 2020.

A part of the Mass Rapid Transit master plan of Bangkok M-MAP, the Pink Line will operate between Min Buri district and Nonthaburi Province.

The first station on the monorail line will be located between the Nonthaburi Civic Center and the Khae Rai intersection on Rattanathibet Road, which will also provide connectivity with the Purple Line between Bang Yai and Bang Sue).

The Wat Prasri Mahathat station, near Phithak Ratthathammanun Monument, will serve as an interchange station between the Pink Line and the Dark Green Line.

From the Min Buri terminal station, the passengers on the Pink Line can also take the Orange Line from Taling Chan to the Min Buri segment.

"A new park-and-ride (P&R) building at Min Buri station, capable of accommodating 3,000 cars, will be constructed as part of the project."

A new park-and-ride (P&R) building at Min Buri station, capable of accommodating 3,000 cars, will be constructed as part of the project.

BSR also proposes to extend the Pink Line by 2.6km from Sri Rat Station on Chaeng Wattana Road, in order to provide a direct connection to the fast-growing Muang Thong Thani region.

Station details of the Pink Line

The rail project will include the construction of 30 elevated stations, some of which will be integrated with other mass transit lines to facilitate passenger transfers.

The project will also include the construction of a 118,400m² depot at the Min Buri station. Passengers travelling on the Orange Line can also use the P&R facilities at the depot, as the station acts as an interchange between the two transit lines.

Construction of the Pink Line

Pre-cast concrete girders and single column with a dual track were chosen as the viaduct structures for the Pink Line project. Steel guideway girders with a span length of more than 25m will also be installed at certain locations.

The elevated structures will comprise single-column and portal frame substructures with a span length between 20m and 30m.

The columns will have a diameter of 1.5m-1.8m and be placed on a pile cap or barrette pile.

The track gauge of the Pink Line will be 1,435mm. The project will use 750V DC rolling stock with three to four cars, with a service capacity of more than 30,000 passengers an hour in each direction.

A paid-to-paid ticketing system will be implemented on the Pink Line, which will allow passengers to change line seamlessly without exiting and re-entering the system.

The Government of Thailand proposed to develop the Pink and Yellow lines under a PPP net cost concession contract.

Under the agreement, the Government of Thailand is responsible for the land acquisition and will fund up to THB20.13 (approximately $531.3bn) for civil works of the Pink Line, and THB22.35 ($584.9bn) for the Yellow Line.

The concessionaire will supply civil works, mechanical and electrical (M&E) systems, and operations and maintenance (O&M) services for both projects under the agreement. It is also responsible for automatic fare collection and commercial development of the system.