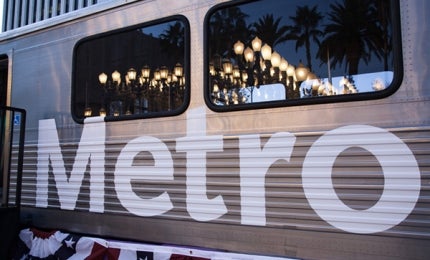 The Los Angeles County Metropolitan Transportation Authority (Metro) is extending the Purple Line of the Los Angeles Metro from the current terminus at Wilshire / Western to west Los Angeles, California, US. To be developed in three separate phases, the subway extension project will extend the Purple Line westward by nine miles (14.48km) from Wilshire / Western to connect the city’s coastal suburbs and add seven new stations along the route.

The ground-breaking ceremony for the 3.9-mile (6.27km) first subway segment from Wilshire / Western to Beverly Hills was held in November 2014. Construction of the $2.82bn first phase is expected to be completed in 2023.

The second and third phases of the project are expected to start in 2019 and 2027 and be completed in 2026 and 2035 respectively. The three-phase extension project is expected to cost more than $6.3bn and create 52,500 jobs during construction.

Los Angeles Metro Purple Line currently runs for 6.4 miles (10.3km) between the Union Station and Wilshire / Western and has a daily passenger ridership of 39,000. The line’s daily weekday boardings are estimated to reach 62,000 upon completion of the first phase extension, which is expected to increase to 150,000 by 2040 upon extension to Westwood.

"The subway extension project will extend the Purple Line westward by nine miles (14.48km) from Wilshire / Western to connect the city’s coastal suburbs."

The subway extension will reduce the travel time between downtown Los Angeles and Westwood to 25min, providing a high-speed alternative to commuters travelling on that route. It will also provide reliable mass transit service to some of the busiest destinations in the city such as Miracle Mile, Beverly Hills and Century City.

Stations on the Purple Line extension

The new stations will be excavated down from the surface, unlike conventional subway tunnels that are excavated underground using tunnel boring machines. The station boxes will be approximately 800ft to 1,000ft long and 70ft wide.

Each underground station will incorporate a 450ft-long platform, an upper-level concourse for ticketing and an entrance with two escalators, two elevators and stairs. However, all stations will be designed to incorporate additional entrances in future.

Financing for the subway extension

The first phase of the Purple Line extension project received $1.25bn Full Funding Grant Agreement (FFGA) from the US Federal Transit Administration (FTA) and secured $856m of Transportation Infrastructure Finance and Innovation Act (TIFIA) loan from the US Department of Transportation in May 2014.

The Metro Gold Line, part of the Los Angeles light rail transit system, is being extended from Pasadena to Montclair.

The remaining funding for the first phase comes from Measure R, the City of Los Angeles and other existing local and federal funds. Three-quarters of the overall project cost will be financed by Measure R and the half-cent tax increase approved by Los Angeles County voters in 2008, in order to finance new transportation projects and programmes in the region.

Los Angeles Metro is seeking a $1.1bn federal grant under the federal New Starts programme and a $307m low-interest loan from the federal TIFIA programme for the second phase of the project.

The subway extension project includes the construction of two parallel tunnels of 20ft diameter and 20ft apart from each other. The tunnels will be built approximately 50ft to 70ft deep below the surface using pressurised-face tunnel boring machines. Some portions of the tunnels will be 130ft deep.

A cut-and-cover technique will be used for the construction of the underground stations. The technique includes installation of a temporary shoring to support the excavation in which the permanent station structure would be built, in addition to temporary street decking above the excavation.

The joint venture of Skanska, Traylor Brothers, and J F Shea Construction was awarded a $1.6bn design-build contract for the first phase of the Purple Line Extension project, in November 2014. The contractual scope also includes the installation of train control and signals, communications, fare collection systems, and traction power supply and distribution.

The contract for advanced utility relocations of water, sewer and power lines at the Wilshire / La Brea Station site was awarded to Metro Builders and Engineering Group in May 2013.