London to South-West England, and Wales 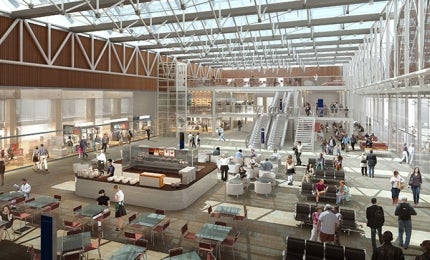 The Great Western route modernisation is an extensive programme that was conceived in May 2010 by the UK’s Network Rail.

The £5.58bn ($7.8bn) project is expected to be completed in ten years and will boost the economies of Wales and the South-West.

This programme is focused on the Great Western main line, which was established in 1835 by English mechanical and civil engineer Isambard Kingdom Brunel. Linking important towns and cities from London to Oxford, Bristol, and Exeter, the Great Western is said to be the backbone of rail transport in the UK.

“Approximately 100m passengers a year are estimated to travel on the Great Western by 2019.”

Network Rail has forecast the number of passengers on the route to increase by 51% in Bristol and 49% in London over the next ten years, while the freight demand is also expected to increase by 20%. Approximately 100 million passengers a year are estimated to travel on the Great Western by 2019.

The line extends from London to the South-West and Wales, covering Oxford, the Cotswolds, Birmingham, the South coast, London suburbs, Devon, and the Cornish coast.

Long-distance, inter-urban, and commuter passenger services operate on the line to and from London, Reading, Bristol, and Exeter. Freight loads are also hauled on the route by intermodal automotives and aggregate traffic serving a number of key freight terminals.

The modernisation programme covers 13 major engineering projects that are in different stages of planning and execution, including the introduction of new high-speed electric trains, modernisation of signals along the length of the line, and the addition of Crossrail services from Maidenhead to London.

It also features redevelopment of the Newport, Reading, and Paddington stations, implementation of the Access for All scheme and the Intercity Express Programme (IEP), expansion of the North Cotswolds line, improvement of tracks between Swindon and Kemble, freight service upgradation, South Wales signalling modernisation, electrification, and improvement of in-cab signalling and improving the railway communications system (RCS).

Access for All is an inclusive scheme initiated to accommodate wheelchair users, people with mobility issues, prams, assistance dogs, and passengers with heavy luggage. Step-free access has already been implemented in Exeter Central, Taunton, and Westbury.

The £22m ($34m) Newport Station renovation included the construction of two brand-new terminals, a new northern entrance, and a station footbridge connecting the passengers to all platforms.

One of the UK’s busiest junctions, Reading was redeveloped to enable faster journeys and a greater number of trains. New freight tracks were laid to separate the passenger and freight services, while five new platforms were constructed along with a footbridge, escalators, and elevators. A depot for electric trains, two new entrances, and a new roof were also added, in addition to a viaduct.

Work on Paddington station included roof restoration above Platforms nine to 12, construction of a new underground station, and replacement of an existing station.

The North Cotswolds line is being converted into a double track to accommodate more trains. The track connecting Swindon and Kemble is also being doubled to provide room for extra trains.

Crossrail services are being introduced to connect Heathrow, Central London, Canary Wharf, and East London. Crossrail trains will reduce the journey time and improve accessibility across the route. The first new train commenced operations between Liverpool Street Main Line and Shenfield in June 2017.

The Southampton to Nuneaton route has been upgraded to increase freight capacity. Headroom through tunnels, under bridges, and at stations has been increased to allow the use of large containers.

A new fleet of trains will be introduced on the Great Western as part of £4.1bn ($5.36bn) Intercity Express Programme by autumn 2017 to reduce travel time and congestion on the route.

The fleet includes a combination of 42 fully electric and 80 bi-mode trains with both diesel and electric propulsion, which can travel at 125mph.

The signalling between the Severn Tunnel and Swansea was renewed as part of a £450m ($703m) scheme to upgrade the South Wales railway system. Work involved construction of the Wales Railway Operations Centre at Cardiff Central, which was opened in 2010. Further work involves station improvements, the addition of more platforms, and track renewals in the Cardiff and wider Valleys’ area.

Train performance is being adjusted by replacing traditional railway signals with a computer display inside every train cab as part of new in-cab signalling project. Railway communications systems (RCS) are also being enhanced to provide more secure communication between drivers and signallers.

Testing of the new Intercity Express trains between Devon and Cornwall commenced in August 2017.

Construction on the Crossrail started in 2011 along with the completion of work on Paddington’s roof renewal. The electrification project started in 2014.

A consortium of ABB and UK Power Networks Services was awarded a $145m contract by Network Rail to upgrade the Great Western route. The consortium will deliver turnkey solution of more than 30 new traction substations.

Windhoff Bahn-und Anlagentechnik has been contracted by Network Rail to build a custom high-output plant system (HOPS), also known as the factory train. Providing an electrification service, the 23-vehicle train will complete the work as it moves along the track without disrupting traffic on the adjacent line. Work includes construction of foundations and stanchions to install and test the overhead line equipment (OLE).

Hitachi Rail Europe was awarded a contract as part of the Agility Trains consortium to design, build, finance, and maintain rolling stock of 122 trains over a 27.5-year period. A combination of Hitachi fully electric (Class 801) and bi-mode (Class 800) trains will be supplied as part of the contract.