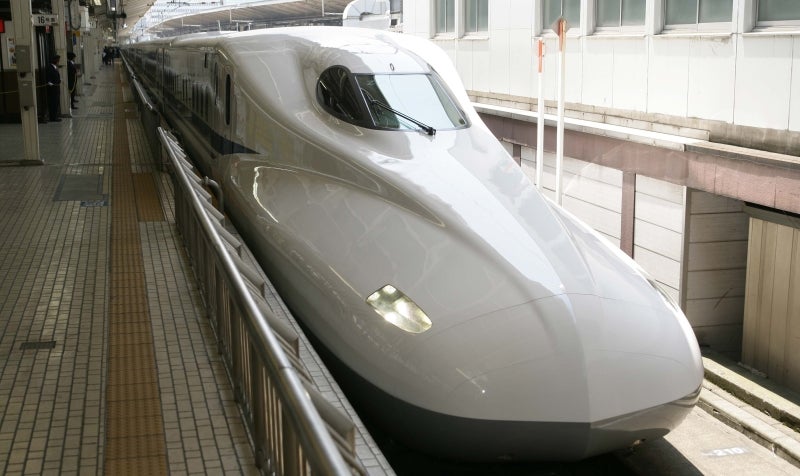 Dallas to Houston High Speed Rail (HSR) is a proposed high-speed passenger rail project that will connect Dallas and Houston, two of the biggest metropolitan regions in Texas, US.

Approximately 386km-long (240 miles), the high-speed rail will reduce the total travel time between the two cities to less than 90min, while offering departures for every 30min and one hour during peak periods and off-peak periods respectively.

Ground was broken for the California high-speed rail project in Fresno in January 2015.

The project was proposed by a Texas-based private company, Texas Central Railway (TCR), which will promote the development of the project and is responsible for securing the environmental and technological regulatory approvals for the project.

Texas Central Partners (TCP) will develop the high-speed rail corridor and its associated facilities, and is responsible for the design, finance, construction, operation and maintenance of the project.

The HSR project will take four years for construction and is expected to begin services by 2021. It is anticipated to generate approximately 10,000 jobs a year during construction and 750 full-time, highly skilled jobs during and after the project to support operation.

The US Federal Railroad Administration (FRA) is preparing an environmental impact statement (EIS) to evaluate the implementation of the proposed Dallas to Houston high-speed rail project. The EIS will analyse the environmental and social impacts of the project and the potential impacts of stations, fuelling stations and maintenance facilities.

The FRA also completed an independent evaluation of potential alternatives for the project and concluded that the proposed Dallas to Houston corridor is the only feasible solution. The proposed line would operate on a dedicated line and would not share the track or infrastructure with other trains or rail lines.

While TCR is leading the feasibility phase, including the completion of the EIS, TCP will use the results of the studies and other information, and combine it with the designs and engineering data it will produce, to develop the high-speed rail system.

Stations on the Dallas to Houston HSR corridor

The Dallas to Houston HSR corridor will not have any intermediate stations. Two stations will be located at the beginning and ending of the line, one at Dallas and the other at Houston.

In February 2015, TCR announced two locations as potential sites for developing a high-speed rail station in Dallas. One site is a currently undeveloped, ten to 20 acres of land located in the Cedars district, South Side on Lamar. The second site extends over Interstate 30 and includes a portion of the first site, as well as a property next to the Dallas Convention Centre.

The location of either of the sites will allow future connectivity with another public high-speed rail project that would connect Dallas, Arlington and Fort Worth, which is currently under consideration.

The station location for Houston is not yet finalised.

The Central Japan Railway Company (JRC) will provide N700-I bullet train system, which is based on its fifth-generation Tokaido Shinkansen technology, for the Texan high-speed rail project.

The N700-I Bullet total system is the international version featuring the core system, which includes passenger train, overhead catenary, tracks, signalling and the corresponding maintenance and operations procedures. The bullet train based on this model is in operation for more than 50 years in Japan, with a track record of zero passenger fatalities or injuries due to train accidents.

The bullet train will travel at speeds up to 205mph cutting the journey times between Dallas and Houston to 90min. As the N700 model is less susceptible to service interruptions, it has been chosen for the HSR, over other models.

TCP is collaborating with real-estate development company Matthews Southwest for the development of the Dallas high-speed rail station and surrounding areas for transit-related development.

"The HSR project will take four years for construction and is expected to begin services by 2021."

In October 2015, TCP announced another agreement with Dallas to Houston Constructors (DHC), a joint venture between Archer Western Construction and Ferrovial Agroman US (FAUS). The $130m design-build partnership will provide engineering, cost-estimation and pre-construction work during the project’s ongoing development phase.

The estimated cost of construction for the project is $10bn. Unlike other transportation projects, the project will not be funded by any public funds. Texas Central, a publicly funded company, will raise the required amount through private investors in Texas.

TCP has currently collected $75m from Texan investors, which will be used for the ongoing development activities.

The high-speed rail system is designed to maximise the environmental benefits of the unique technology. The bullet train that will be deployed on the track will improve air and preserve water quality along its route. With significantly lower emissions per passenger mile, it will preserve clean air. Water quality is also expected to improve with fewer cars leading to fewer contaminants running-off from highway into nearby water bodies.

Culverts and elevated tracks will be built to maintain even grade and reduce the impact on wetlands, streams, floodplains and other natural and cultural features. Further, silt fences and straw bales will be installed to reduce runoff into the close-by water bodies, wetlands and other sensitive areas.

Site restoration practices including re-vegetation and installation of erosion control measures as required will be undertaken upon completion of the construction.