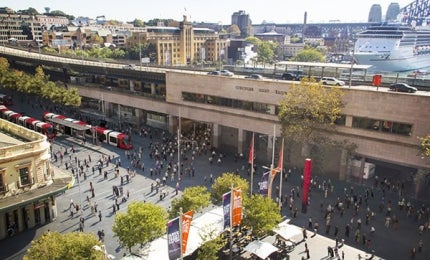 The 12km-long CBD and South East Light Rail (CSELR) project in Sydney, Australia, will extend from Circular Quay via the Central Station and connect with the Moore Park sporting and entertainment precinct Randwick Racecourse, the University of New South Wales (NSW) and Prince of Wales Hospital at Randwick.

The project received planning approval from the NSW government in June 2014. Major construction works on the new light rail line are scheduled to begin after April 2015 and will be completed by 2020.

The project is being developed as a public-private partnership (PPP) and will be delivered, operated and maintained by the Connecting Sydney consortium, which was selected as the preferred bidder by Sydney Light Rail (SLR) in October 2014. The consortium partners include Australasian Railway Association (ARA); ARA members: Transdev Sydney, Alstom Transport Australia Acciona Infrastructure Australia and Capella Capital.

"The $1.6bn light rail project is expected to contribute more than $4bn to the economy and create as many as 10,000 new job opportunities in the region, upon completion."

The $1.6bn light rail project is expected to contribute more than $4bn to the economy and create as many as 10,000 new job opportunities in the region, upon completion.

The light rail transport system will provide comfortable, frequent and reliable journey for commuters through the city and the south eastern suburbs. It is expected to reduce congestion at the central business district (CBD) by cutting down the dependency on bus services.

The line will include major interchanges at ferry, rail and bus stations along the route, while providing a 1km pedestrian zone between Hunter and Bathurst Streets along the George Street.

The network will include nine stops in the Circular Quay-Central Station section, whereas the branches from Central Station to Kingsford and Randwick will have seven stops each.

The project will also benefit by improving access to major sporting and entertainment facilities, including the Sydney Football Stadium, the Sydney Cricket Ground, Randwick Racecourse and Moore Park’s Entertainment Quarter.

The Capital Metro Stage 1 Project is a planned light rail service for the city of Canberra, Australia.

Other facilities to be developed as part of the CSELR project include a stabling facility in Randwick and a maintenance depot in Rozelle.

The new rail line will be operated with a fleet of electric-powered light rail vehicles (LRVs). The fully air-conditioned vehicles feature a low-floor design and will be powered by around 12 substations.

The rolling stock on the line will carry up to 9,000 passengers an hour in each direction.

Contractors involved with the construction of CSELR project

Laing O’Rourke Construction Australia was appointed as the managing contractor for carrying out the early construction work for the project. The works will include the relocation of buried utilities such as water, water, telecommunications, gas and electricity cables and pipes. The contractual scope also includes the initial construction works around Moore Park. The total value of the contract is estimated to be $45m.

Hassell partnered with Arup and Aurecon to provide design for the 20 stops and interchanges along the route. It also analysed and assessed the project’s impact on the landscape and public domain from pre-feasibility through to the final reference design.

Specialist utility engineering services for the Australian light rail project are being provided by Cardno.