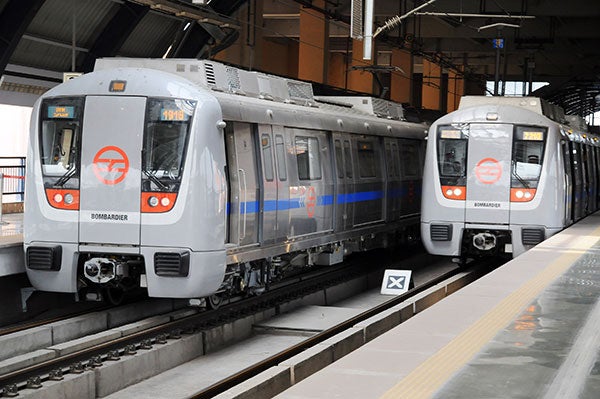 MOVIA metro cars, which are manufactured by Bombardier Transportation to provide a safe and cost-efficient service, are currently operational in a large number of metro rail networks across the globe.

"MOVIA metro vehicles incorporate a modular design for a broad range of applications."

MOVIA incorporates a stainless steel car body and an innovative propulsion system. It can be modified according to local climate conditions, while the train’s steering and management system is easily accessible for periodic maintenance. Vehicles are equipped with modern passenger information systems and surveillance systems in every car set.

MOVIA metro trains have a maximum operational speed of 85km/h.

The Flexity family of light rail vehicles (LRVs) is manufactured by Bombardier Transportation. The LRVs have higher passenger capacity and run at a higher average speeds. They are also run as light or pre-metro services, where the vehicles often pass through underground sections.

Bombardier has received orders for more than 3,900 MOVIA metro cars to date.

In October 2012, Bombardier delivered the first of 73 Movia C951 metro cars to te Singapore Land Transport Authority (LTA) under a €298m ($389m) contract. The driverless metro cars will run on stages I, II and III of the Singapore Downtown Line.

In July 2007, Delhi Metro Rail Corporation (DMRC) placed a contract with Bombardier Transportation for 340 MOVIA metro cars for operation on the extended Delhi Metro Network. DMRC also exercised options for an additional 84 MOVIA metro cars in March 2008 and a further 114 in July 2010. It ordered 76 more cars in September 2011, bringing the total number of orders to 614. Deliveries are expected to finish by May 2013.

"Bombardier has received orders for more than 3,900 MOVIA metro cars to date."

In January 2005, Bombardier was awarded a contract by Metrorex to supply 20 six-car MOVIA rolling stock for the Bucharest Metro. An further order for six trains was placed in January 2007.

Shanghai Shentong Metro Group placed an order for 96 MOVIA metros for Shanghai Line 1 in 2004. Bombardier received contracts to supply new metro cars for the London Underground in 2003. Under various contracts awarded by Transport for London (TfL), Bombardier delivered 47 eight-car trains for the London Underground and 177 trains for sub-surface lines.

In November 2001, Shenzhen Metro Corporation placed an order for 22 six-car MOVIA metros for lines 1 and 4 of its metro.