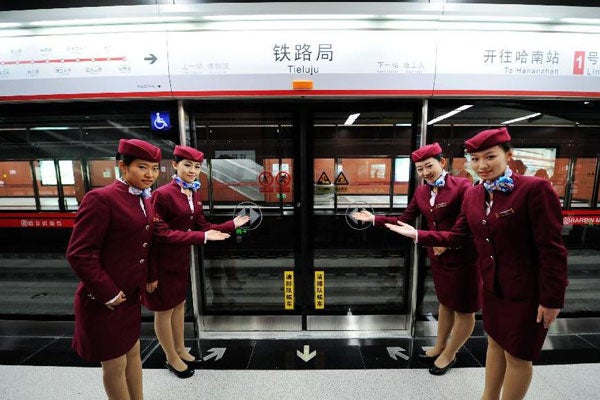 Harbin Municipal People’s Government will own and operate the metro and invest $643m on the project initially.

Construction of the metro began in September 2009, with the aim of providing a comfortable public transport for the ten million-strong population of the city, but was halted due to economic reasons.

The construction was resumed in March 2010 and the first line was inaugurated in September 2013. Harbin Metro currently has an average daily ridership of 150,000 people.

The city is also connected to Beijing via the Beijing-Harbin high-speed line, which is one of the longest high-speed railway lines in China.

The Harbin Metro project was approved by the State Council of Harbin in 2005. The underground metro system will be constructed in phases.

Phase one will include construction of three lines, of which Line 1 is operational. The east-west Line 2 and circular Line 3 are awaiting approval from the National Development and Reform Commission (NDRC). Both lines are expected to become operational by 2017.

Phase two will include construction of four more lines, expected to open by 2027. Phase three will add three more lines to the network, increasing the total number of lines in the network to ten.

Line 1 features a control centre, a depot, a parking field and two substations. It has replaced a 10.1km-long air defence tunnel, built in 1970s to make way for the underground subway network.

Lines 2 and 3, also known as the Violet line and Orange line respectively, will feature 17 and 32 stations respectively.

The metro system will be expanded to five lines, covering a total length of 143km by 2020.

The metro will include underground and elevated stations equipped with escalators and ramp facilities, elevators, guide signs and other mechanical and electrical equipments to manage and monitor the metro network.

Bombardier supplied the traction-auxiliary systems and the train control equipment.

Harbin Metro trains are the first cold-resistant and the lightest aluminium subway trains ever produced in China. The trains can operate in automated mode even in extreme cold temperatures of -38°C.

"Harbin Metro trains are the first cold-resistant and the lightest aluminium subway trains ever produced in China. “

Each train has six cars sets, including four motored cars and two trailers, with a design life of 30 years.

The cars are manufactured of B2 type aluminium. The exterior design of the train reflects the history and urban culture of Harbin.

The trains have a double-door design and a semi-closed full height security gate with a transparent barrier.

The driverless metro train can accommodate up to 1,888 passengers at a time and run at a maximum speed of 80km/h and an average speed of 35km/h.

Each train is installed with two high-powered air conditioning systems to ensure the mild temperature during winters. Electric heaters are installed in the seats to keep passengers warm, despite the outside cold.

Shenyang tramway system was opened for public in August 2013 during the 12th China National Games.