Vivarail has introduced a battery-powered train in the US by retrofitting railcars with Lithion Battery’s Valence battery modules. 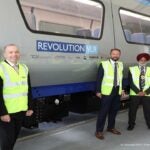 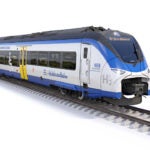 “People might not have considered these opportunities because it’s been perceived as too expensive, too lengthy and too risky. With Pop-Up Metro, you can do that project quickly on a demonstration basis.”

Vivarail’s train is believed to be the first lithium iron phosphate powered train to run in the US.

Pop-Up Metro and Vivarail team now plan to demonstrate the battery-powered trains to customers in the US including private developers who may include rail into their projects and interested public transportation systems.

The company has developed Class 230 and Class 484 trains, utilising several power systems. Its first pure battery train was unveiled in 2018.