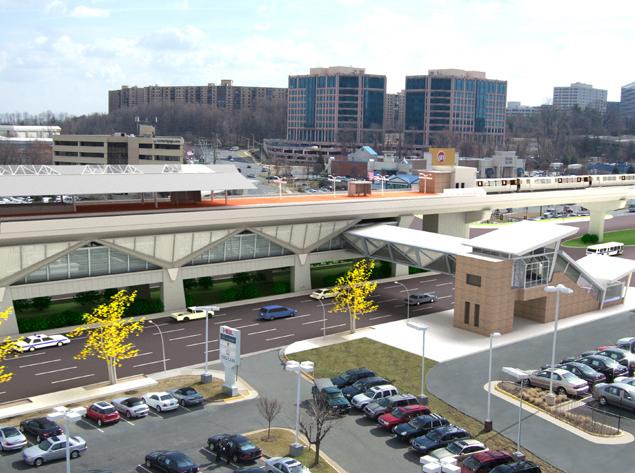 The Fairfax County Board in Virgina, US, has approved the revised funding agreement for the second phase of the Dulles Corridor MetroRail project.

The revised funding strategy, agreed to in principle in November this year and now approved, will save an estimated $757m, reducing the total project cost by a third from an estimated $3.8bn to $2.8bn.

The board’s authorisation was the final step needed to adopt the changes that include an overground station at the airport, a smaller rail yard and the purchase of fewer railcars.

The project’s other partners are the Metropolitan Washington Airports Authority, Loudoun County, Commonwealth of Virginia and the US Department of Transportation.

The most significant source of savings for the project came after the Metropolitan Washington Airports Authority revealed its decision to build an overground station at Dulles Airport.

As part of the deal, Fairfax County revealed that it will raise third-party funds, which will be utilised to pay all or part of the cost to build the Route 28 Metro station and two parking garages.

The station and two garages are estimated to cost about $188m and Fairfax county will contribute 16.1% of the total cost for these facilities, as originally agreed, with its share estimated to be between $893m and $923m.

Nearly 4.8% will be met by Loudoun County, 4.1% by the Metropolitan Washington Airports Authority and 75% by Dulles Toll Road revenues.

The county also plans to apply for a federal loan of up to $315m to meet the project cost, while Virginia has granted $150m to the project in a bid to keep tolls low on the Dulles Toll Road.

The entire project will include 11 stations where the first phase, currently underway since March 2009, will run 11.5 miles from East Falls Church to Wiehle Avenue on the eastern edge of Reston.

The second phase extends the line another 11.6 miles from Wiehle Avenue in Fairfax county to Washington Dulles International Airport and to Route 772 in Loudoun county, upon completion in 2017.

Caption: Tysons Central 7 is one of the stations that will be developed under the the Dulles Corridor MetroRail project.

Bombardier to increase production at Bruges factory in Belgium

25 Jan 2021
Registration is disabled.
We use cookies to ensure that we give you the best experience on our website. If you continue to use this site we will assume that you are happy with it.ContinuePrivacy policy