The $31bn merger plan of Canadian Pacific Railway (CP) and Kansas City Southern (KCS) to create a railroad linking Mexico, Canada and the US has been granted approval from Mexican regulators.

It now awaits the fulfilment of customary closing conditions, such as stockholders’ nod.

The stockholders of CP and KCS are expected to vote on the proposed deal next month, with deal completion anticipated on 14 December. 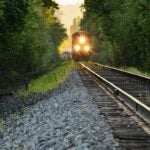 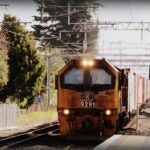 KCS CEO and president Patrick J Ottensmeyer said: “Together we will unlock the full potential of our networks to provide new single-line offerings and industry-best service that will dramatically expand competitive transportation options across North America.”

Last month, the companies jointly submitted a railroad control application with the Surface Transportation Board (STB) in connection with the establishment of the sole single-line rail network linking the US-Mexico-Canada.

Last week, the joint CP-KCS merger application was accepted as complete by the STB.

In September this year, STB confirmed that it has sanctioned the use of a voting trust for the CP-KCS transaction.

The board, in August this year, reasserted that it would rely on the pre-2001 rules while reviewing the CP-KCS combination.

Back in April, the STB announced that it would evaluate the merger deal as per the merger rules in existence prior to 2001 and the waiver given to KCS in 2001 to exempt it from the 2001 merger rules.

As of now, CP’s takeover of control of KCS’ US railways awaits approval of the STB, which is projected to be completed in Q4 2022.

In September this year, CP entered a cash-stock deal to purchase KCS, which included the assumption of $3.8bn of outstanding KCS debt.