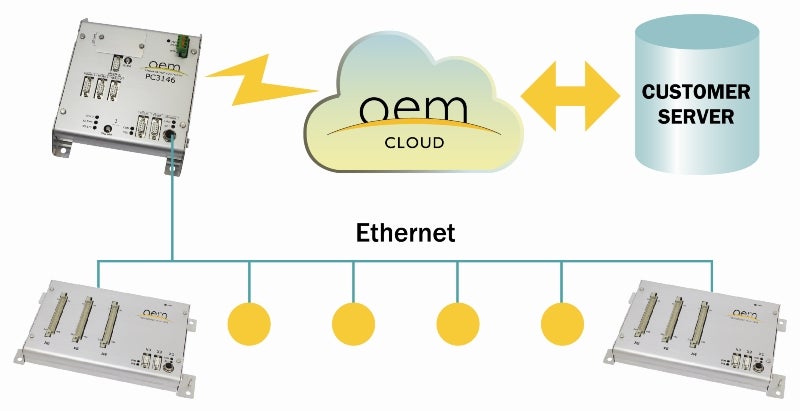 OEM, which has a 23-year history of rail innovation, providing technology solutions to original equipment manufacturers and rail operators alike, has launched a completely automatic, cloud based, condition monitoring system that can be retro-fitted to any passenger train set.

Just as a F1 team’s technicians get real time data from their cars on the track, so too can the operator of any train. The system does not have to be interrogated by the operator, it continuously and automatically reports 24/7, monitoring systems throughout the train from air conditioning and heating to door opening and closing times, fire detection, lighting, speed, brake performance, reservoir pressure, traction, pantograph, alternators and turbo speed.

Function blocks submit data, events and alarms including automatic alerts with a GPS and time stamp. The data can be filtered based on controllers, trains and fleets and can even be extracted for use in other business systems. The launch of the cloud based condition monitoring system ties together all of the proprietary OEM train monitors that have been developed over 23 years and power 30,000 systems in rail cars in more than 20 countries around the world.

OEM MD, Richard Gobee, said that while OEM’s range of wireless monitoring and control equipment for essential train sub-systems has been highly regarded and is used as original equipment by most of the world’s leading manufacturers, until now rail operators have had to manually query individually the various onboard systems. "Now the system reports automatically in real time and the operators only has to look at the screen to see which systems are working within their operational parameters and any that are flagged outside those parameters," Richard said.

OEM’s cloud solution is a generational development providing a completely connected remote rail solution on which operators can base pre-emptive maintenance.

OEM CEO, James McLeod, said that until now this type of technology has only been available on new train sets – and even then it hasn’t covered as many reporting areas. "Our ability to retrofit complete systems to existing, older rail sets represents a multi-million dollar saving for these operators. "On the one hand it means they can defer new train acquisitions while, on the other hand, their downtime and hence their costs will be greatly reduced for larger profits. "It really is an exciting win win for these operators," he said.

James said that OEM’s North American office, which is headed by rail veteran Eric Schook, is already fielding inquiries. Eric, who has 20 years’ experience in rail, has a Bachelor’s Degree from the University of Alabama and is a member of both the APTA and NRC Safety Committees.

Both James and Richard are personally spending more and more time in the United States, such is the interest the dramatic cost saving potential of their system is generating among operators of older train systems throughout the country. "The longer they look at it, the more savings and improvements that they are able to identify. For example, one operator said that the system would enable them to introduce a just in time order system for spare parts, dramatically freeing cash reserves that are so often tied up in stocks. Another estimated a labour cost reduction that could be as high as 30% – a saving in time wasted chasing down ghost faults."