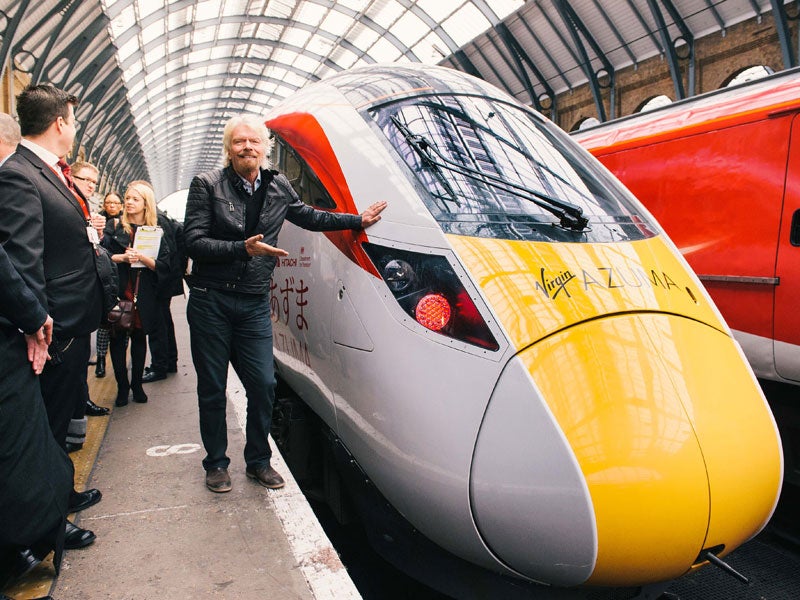 The first train of the class was unveiled in March 2016, while the first test run of the Azuma train took place on 16 August 2017 in Scotland as part of a rail connectivity improvement programme between Edinburgh and London.

Virgin’s fleet will comprise 65 trains and is expected to reduce the journey times between Edinburgh and London by 22 minutes, bringing the total journey time down to just four hours. The trains will be the first cross-border fleet passing through stations across the north and east of the UK.

Hitachi is manufacturing the trains, with the body shells being fabricated in Kasado, Japan, and transported to its rail vehicle manufacturing facility located in Newton Aycliffe, County Durham.

The UK Department for Transport’s (DfT) Intercity Express programme calls for the substitution of the current fleet on the east and west coast main lines. The programme involves replacement of the Intercity 125 models on the East Coast Main Line by 2018.

Delivery of all the trains that will run on the Great Western and East Coast Main Lines will be completed by 2020.

The Azuma fleet will be the first to operate under the UK government’s IEP and will be one of the most advanced passenger trains on the UK rail network. The new trains will be capable of accelerating faster than the current trains and will offer more comfort and interior space.

"Virgin’s fleet will comprise 65 trains and is expected to reduce the journey times between Edinburgh and London by 22 minutes."

The new trains are expected to offer an additional 12,200 seats on the network and are expected to increase the peak time capacity into King’s Cross station by approximately 28%. They will provide direct routes to new destinations such as London-Middlesbrough and will also increase services from London to Bradford, Harrogate, and Lincoln.

Design and facilities of Azuma trains

The trains will initially operate at a speed of up to 125mph, but will have the potential to run up to 140mph. They are capable of reaching 125mph in approximately four and half minutes, compared to five minutes and ten seconds for the existing electric-powered trains and seven minutes for the diesel-powered trains.

The new Azuma trains are expected to generate less emissions, making them one of the most environment-friendly trains in the UK. They will come with an on-board buffet car to provide better passenger experience.

The trains will offer facilities such as faster and free Wi-Fi, power sockets for every seat, and large overhead luggage space.

Interiors of the Azuma trains

Hitachi has contracted DCA Design, a company based in Warwick, to design the interiors of the new trains. There will be ergonomically designed seats in the first and standard classes, new carpets and more leg-room space.

The interiors of the Azuma trains will include a mood-lighting feature, which is a unique system installed for the first time on UK trains.

The trains will also feature sliding doors installed between carriages.

An improved version of the light reservation system will be equipped in the new Azuma trains, which helps the passengers to check whether the seat is reserved or not.

Hitachi Rail Europe
For nearly 90 years, Hitachi has worked in partnership with...

OMK Design
OMK Design specialises in the installation and production of public...
SUBSCRIBED