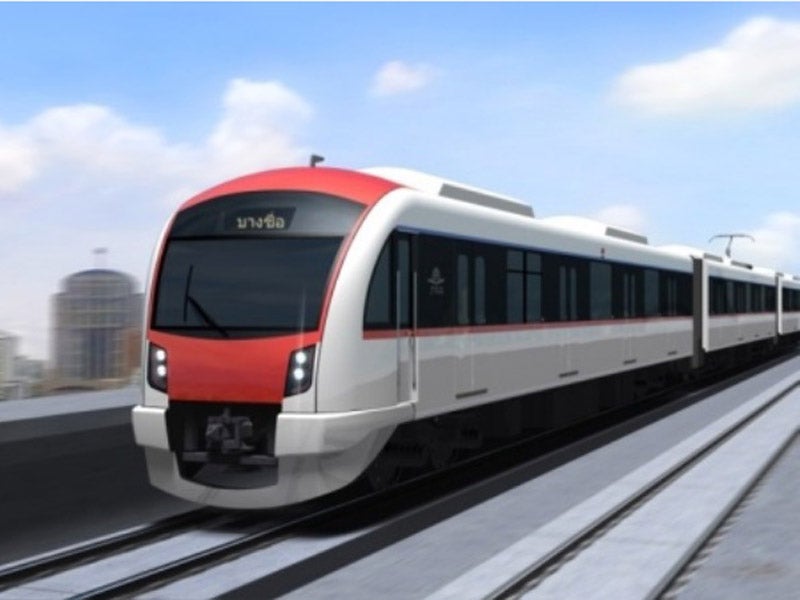 The project is part of Bangkok’s Mass Rapid Transit Master Plan, which aims to develop an urban rail transit network to serve the Greater Bangkok area, the political and economic centre of Thailand and home for 10 million people.

The project is expected to take four years to complete.

Purpose of the Red Line

The Bangkok rail system currently operates three rail lines, including the Green Line, the Blue Line and the Airport Rail Link. However, due to the limited number of lines and poor connectivity between them, 75% of public transportation still depends on buses. The number of automobiles and other vehicles is also increasing, leading to traffic congestion and air pollution.

The Red Line was proposed by the State Railway of Thailand (SRT) to address the traffic problems and encourage a shift from road transport to urban rail. The proposal was approved in 2007 and the first construction phase started in 2013.

The Red Line project includes the North Line and West Line. The North Line will be a 26.4km line from Bang Sue, located in the centre of Bangkok, to Rangsit in the north. The 14.6km West Line will stretch between Bang Sue and Taling Chan.

The first phase of the project includes development of the North Line from Bang Sue to Rangsit.

The alignment of the Bang Sue-Rangsit section begins at Pradiphat T-junction, which is 1.8km south of Bang Sue station.

The route runs along the northern railway, passing Chatuchak, Bang Khen, Lak Si and Don Muang to reach Rangsit Station in Prathum Thani Province. In the future, the route will be extended to Thammasat University Rangsit Campus.

Of the total 26.4km, 19.2km route will be elevated from Bang Sue area to Don Muang, while the 7.1km-long section from Don Muang Station to Rangsit will be at-grade and lined with fences. The latter will be connected to the existing northern railway and feature gauge-railway track.

Stations along the North Line

The North Line will have a total of ten stations, including eight planned for the first construction phase and two for the future.

Signalling system for the Red Line

The stations along the line are designed to serve long-distance, commuter, and freight trains supported by an extensive railway system network. The train control and signalling system will be integrated with the train control and depot at Bang Sue Grand station. Diesel locomotives along the Red Line will be integrated with the community train system.

"The Red Line will connect the Bangkok region with north, east, south and west suburban areas."

The second contract was secured by Italian-Thai Development Public Company in January 2013. Valued at THB21bn ($601m), it includes the construction of six elevated stations, as well as 20.15km-long elevated and at-grade railway lines. It also includes the development of a local road and drainage system, and a basic structure for the future Wat Samian Nari and Lak Hok extensions.