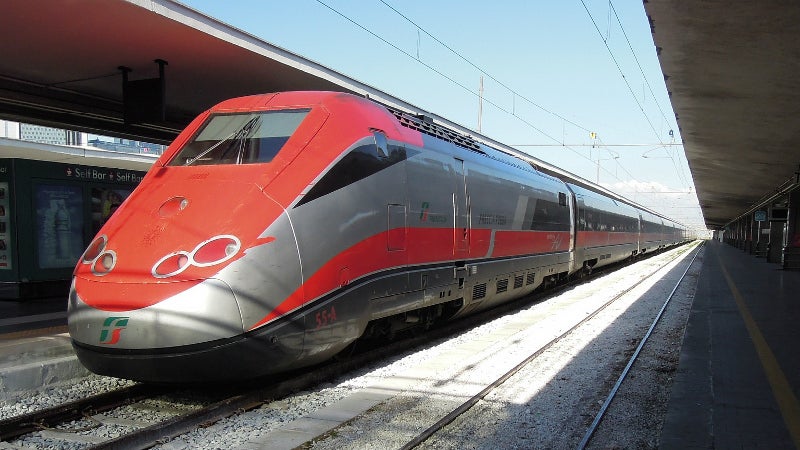 The Napoli-Bari high-speed railway project is being undertaken to increase the competitiveness of rail transport and aid in the socio-economic development of Southern Italy. The project is part of a number of strategic infrastructure investments being made under the ‘Unlock Italy’ initiative launched by the Italian Government.

A member of the government’s Ferrovie Dello Stato Italiane Group (FS Group), ITALFERR has been appointed to execute the €6.2bn ($6.68bn) project, which will involve the construction of new rail lines and upgrades to the existing railway lines.

Part of the Scandinavia-Mediterranean Trans-European Network (TEN) core corridor, the upgraded railway will enhance interconnection and interoperability within the corridor, integrate with the south-east railway network, and provide high-speed services.

Civil works commenced in October 2015 and the entire project is scheduled for completion in 2022.

The high-speed railway project has been divided into eight sections. The first section is 15.5km long and runs from Naples to Cancello, covering the Casoria, Casalnuovo, Afragola, Caivano and Acerra areas. The section will further connect to the new Napoli Afragola station, which will provide regional and high-speed train services.

The fourth and fifth sections of the railway line are from Apice to Orsara (47.4km) and from Orsara to Bovino, and the sixth line connects Caserta to Foggia.

Works on the Naples to Cancello section includes the construction of 15.5km of new double-track line, with 4km stretching across viaducts and 3km in tunnels. New stations at Acerra and Circumvesuviana and an underground station at Casalnuovo will also be constructed.

A multi-station computer-based interlocking system controlled from a central management unit at Naples will be created on the section. The system will enable the removal of level crossings and enhance traffic conditions.

Two-track expansion will also be undertaken on the remaining three sections, including Apice to Orsara, Orsara to Bovino, and Caserta to Foggia. Furthermore, technological upgrades will be carried out on the Caserta to Foggia section to ensure efficient rail services.

The Salini Impregilo (60%) and Astaldi (40%) consortium was awarded a €397m ($428m) contract to design and construct the Naples to Cancello section of the project.

“Civil works commenced in October 2015 and the entire project is scheduled for completion in 2022.”

Systematica was subcontracted by the consortium to assist in the design of the tender phase. The subcontractor will perform operational assessment of the road network during construction to avoid disruption.

The new high-speed rail line will reduce the journey time between Napoli to Bari by one hour and 40 minutes, while the travel time between Roma-Bari will be reduced by one hour.

The project will enable increased transportation of goods such as iron by providing improved rail connectivity and infrastructure.

It will also enable the integration of the southern railway network with the eastern high-speed network and provide better intermodal transport facilities. Territorial interference will also be reduced with the removal of railway crossings.

Construction of the railway line will also have a positive social impact with the generation of 2,000 jobs.