The Revolution VLR Consortium has completed the build and integration of the Revolution very light rail (VLR) Demonstrator vehicle, which will now undergo a series of validation tests.

This project involved seven consortium companies that have jointly worked on the development of the vehicle. The companies are Eversholt Rail, WMG, Cummins, TDI, RDM Group, Transcal, and RSSB.

The vehicle is expected to provide better services on branch lines, as well as support the reopening of abandoned railway tracks and network extensions.

It will undergo a series of validation trials at the Quinton Rail Technology Centre in Long Marston. 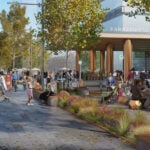 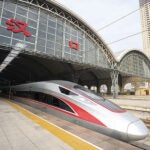 The vehicle will subsequently be taken to a rail-connected location in Ironbridge for its launch.

Demonstrations to potential operators and sponsors will commence in October.

Eversholt Rail stated that the vehicle bodyshell has a modular design and has been built from recycled carbon fibre.

Equipped with a hybrid diesel-electric powertrain that has been adapted from automotive engine technology, the vehicle can operate at a maximum speed of 65mph.

It also features a lithium titanate battery pack for zero-emissions operation in stations and built-up areas and when operating at speeds of up to 20mph.

The vehicle can accommodate nearly 56 commuters.

Eversholt Rail external relations head Tim Burleigh said: “Revolution VLR’s design and performance characteristics make it an attractive and sustainable rolling stock solution for many of the line reopenings being proposed through the ‘Restoring Your Railway’ programme.

“It is highly cost-effective, which will assist scheme sponsors in developing compelling business cases against the backdrop of an increasingly challenging economic environment.”

In a separate development, Northern announced that a test train has travelled along part of a new Northumberland line ahead of the reintroduction of passenger services.

The new line is set to open in early 2024 and Northern is already developing plans to provide a timetable to help local communities.