With this move, Pershing Square becomes one of CP’s top 20 shareholders.

Earlier this year, Ackman informed investors about having an undisclosed new position in the portfolio. 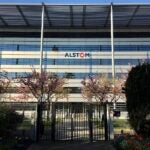 This is said to be a ‘fraction’ of the railroad operator’s market value of about C$92bn.

At the start of this week, Pershing Square bought a further 12 million shares via forward contracts that it plans to exercise.

Ackman is expected to earn nearly $2.6bn on its investment.

On a recent regulatory filing, Pershing Square had reportedly urged the Securities and Exchange Commission to delay divulging its holding with an aim to build additional stock.

In September 2011, Pershing Square started acquiring CP’s shares but had to divest in 2016 to repay investors pulling out cash as it suffered losses.

The news agency quoted Ackman as saying: “We are delighted to again be an owner of this remarkable and growing franchise at a time when transcontinental rail infrastructure could not be more important for our economy and our continent.”

Last year, CP purchased Kansas City Southern in a cash-stock deal, which currently awaits full regulatory approval from the US Surface Transportation Board.

The combined entity would have a network, extending from Canada to Mexico.