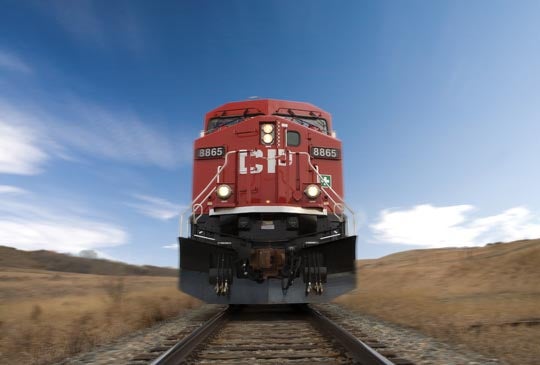 Canadian Pacific Railway has revealed plans to invest between $1.1bn and $1.2bn in infrastructure renewal, network enhancements and expansion projects during 2012.

The 2012 Capital Plan will focus on strategic and targeted investments to improve service and increase network capacity while funding business development and initiatives that should produce a rapid return on investment.

Canadian Pacific (CP) president and CEO Fred Green said that the multi-year investment plan is to further improve service reliability, asset velocity and operational efficiency, while expanding capacity to safely and efficiently support higher volumes. “We are confident that the investments we are making under our 2012 Capital Plan will allow us to achieve a low 70s operating ratio in the next three years,” Green said.

About $800m has been earmarked to preserve existing capacities through replacement or renewal of depleted assets. In addition, CP will invest about $275m in network capacity expansions, business development projects and productivity initiatives, and $50m in a new rain control system.

CP has also opened a Locomotive Reliability Centre (LRC) in Toronto, Canada, following the completion of the capital investments made to enhance the facility. The move now completes the second phase of CP’s LRC strategy, which will reduce the number of locomotive repair facilities from eight to four efficient super-shops with improved repair capabilities.

The Toronto LRC joins similar centres in Calgary and Winnipeg in Canada and St Paul in the US state of Minnesota.

Upon completion of all three phases of the strategy, Canadian Pacific intends to carry out most of its scheduled and unscheduled locomotive repairs in these facilities. LRCs perform locomotive maintenance works including the repair of traction motors and wheels as well as engine and turbo change outs.

Canada Defense Spends on Projects and Infrastructure: 2016 to 2024