The Gateway Program Project partners have submitted a new financial plan for the Hudson Tunnel Project in the US.

The organisations involved in the project include New Jersey Transit and the Port Authority of New York and New Jersey (Port Authority), Amtrak and the Gateway Development Commission (GDC).

Based on the plan, the project is expected to be qualified for advancement to the next stage of the Federal Transit Administration (FTA)’s Capital Investment Grants (CIG) Program.

This updated plan was developed in corporation with the FTA, a substantial change from the previous Administration. 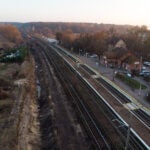 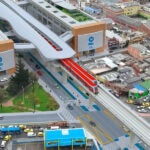 Under the project, a new two-track rail tunnel beneath the Hudson River will be built.

Additionally, the existing 110-year-old North River Tunnel will be overhauled and the third and final section of the Hudson Yards Concrete Casing would be completed.

The new financial plan has been drafted on the basis of an updated cost approximation that has considered the four-year delay in the project during the previous Administration.

Major construction on the new tunnel is scheduled to commence in August 2023.

The cost of the entire project has been valued at $12.3bn that covers $10.1bn for the new tunnel and $2.2bn for full rehabilitation of the current tunnel.

Despite a four-year delay by the prior Administration, the present cost of the project has been reduced from the $12.7bn cost in 2017.

In addition, the partners have decided to manage cost and schedule strictly during the procurement as well as construction of the project.

They will also seek opportunities for early work and encourage contractors for additional management of cost and schedule.

The new financial plan is working towards securing $5.6bn in FTA Capital Investment Grant (CIG) funding, or nearly 44% of the CIG-eligible project costs.

Additionally, it is backed by over $6bn in commitments towards projected construction expenses by the State of New York, State of New Jersey, and the Port Authority of New York and New Jersey to support the Commission’s borrowing of low-interest Federal loans.

In a statement, Amtrak said: “Amtrak has strengthened and demonstrated its commitment toward contributing $1.4bn toward the Project’s construction costs and has moved quickly to acquire real property in Manhattan for the project. The states of New Jersey and New York both provided strengthened commitment plans for making support payments to repay the low interest Federal loans in the plan.”

The Gateway Program includes a comprehensive set of rail investments that aim to enhance commuter and intercity services and create new capacity for the busiest line of the Northeast Corridor.

In May this year, the US Department of Transportation’s Federal Railroad Administration (FRA), along with FTA, published the Final Environment Impact Statement (Final EIS) and Record of Decision (ROD) for the Hudson Tunnel Project.