Chancellor of the Exchequer Rishi Sunak will reveal his transport spending plans in next week’s Budget.

As part of the allocation, Greater Manchester will obtain nearly $1.47bn (£1.07bn) for Metrolink tram-train vehicles.

West Midlands will receive almost $1.44bn (£1.05bn) to expand its metro, including the completion of the Wednesbury to Brierley Hill extension. 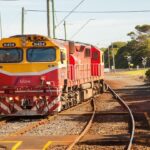 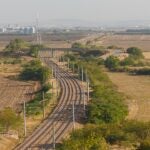 Meanwhile, Tees Valley will receive $426.37 (£310m) to improve Darlington and Middlesbrough train stations, as well as the region’s rail links.

Around $976.53m (£710m) will be allocated to Liverpool City region, which will be used for renewing stations in Liverpool and Runcorn and for the execution of an interchange project at St Helens.

Additionally, South Yorkshire will secure almost $783.98m (£570m) for the implementation of a Supertram renewal project.

The Barnett formula is a mechanism used by the UK Government for distributing additional funds to the devolved administrations.

West Midlands’ Mayor Andy Street said: “I am absolutely delighted that our ambition has paid off and we’ve secured more than $1.38bn (£1bn) of government investment to continue our transport revolution here in the West Midlands.

“It is the largest single transport sum we have ever received, and I know the team cannot wait to press on and start getting diggers in the ground on some truly game-changing schemes.

“From more Metro lines and train stations, to new bus routes and EV charging points, this cash will help us to continue to build a clean, green transport network that connects communities and tackles the climate emergency.”

Last month, the West Midlands Combined Authority Board approved bids for two government funds, which, along with local funds, could fetch investment of up to £2bn ($2.73bn) over the upcoming five years for transport in the region.