The contract was signed between EIB vice-president Christian Kettel Thomsen and the Ministry of Finance on behalf of the Indian Government.

The funds will be utilised for carrying out the construction and operation of Corridor 1 (North-South) from Pimpri Chinchwad Municipal Corporation (PCMC) to Swargate, as well as Corridor 2 (West-East) from Vanaz to Ramwadi.

The total length of both corridors will span around 31.25km.

In addition, the EIB’s financing will aid in the acquisition of a related fleet of metro cars. 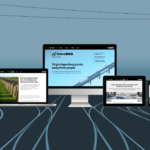 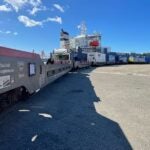 This project is expected to offer urban mobility to a large population, including the working class.

The Maharashtra Metro Rail Corporation will work on this project as the implementing agency.

The goal of the project is to offer a safe, economic and eco-friendly mass rapid transit system for the population of Pune.

In September 2020, EIB announced nearly $790m (€650m) to support the construction of a metro rail system in Kanpur, Uttar Pradesh. The 32.4km metro line will have 18 elevated and 12 underground stations.

After completion, the project is expected to create around 1,100 new jobs.