This development will now lead to full California Environmental Quality Act (CEQA) clearance of nearly 482.8km of the high-speed rail project’s 804.67km Phase I alignment, which will span from San Francisco to Los Angeles/Anaheim.

It also happens to be the ‘first CEQA certification of an environmental document’ in the southern California region.

CHSRA CEO Brian Kelly said: “Today’s approval represents another major milestone for this project as we move the project into Los Angeles County. 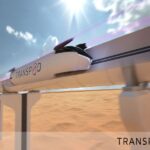 “We appreciate the collaboration with our local and regional partners as we work to build a clean, electrified high-speed rail system that will connect our state for generations to come.”

CHSRA is now set to commence the preconstruction work with the availability of the funding.

As a north-south high-speed rail connection, this section will cover the existing passenger rail gap between the Central Valley and the Antelope Valley in northern Los Angeles County.

The section will be designed to add another connection with the Brightline West high-speed rail project to Las Vegas.

CHSRA said in a statement: “The board certification of the final environmental document and approval of the Bakersfield to Palmdale Project Section reaffirms the authority’s commitment to complete the environmental process for the full Phase I California High-Speed Rail System from San Francisco to Los Angeles/Anaheim by 2023.”

CHSRA drafted and published the final EIR/EIS as the lead agency for CEQA and the National Environmental Policy Act (NEPA) in June this year.

The final EIR/EIS includes the responses to public comments that were collected during the review of CEQA and NEPA.

CHSRA will now release a ‘Record of Decision’ consistent with NEPA requirements and submit a CEQA Notice of Determination.

As of now, the high-speed rail project is undergoing construction in the Central Valley at 35 construction spots.

In June this year, the US Department of Transportation (USDOT) and the State of California concluded settlement talks to reinstate around $929m in federal grant funding to support California’s High-Speed Rail project.

This decision came after months of negotiations to restore the funding that was previously withdrawn in 2019 by the US Federal Railroad Administration under the Trump administration.